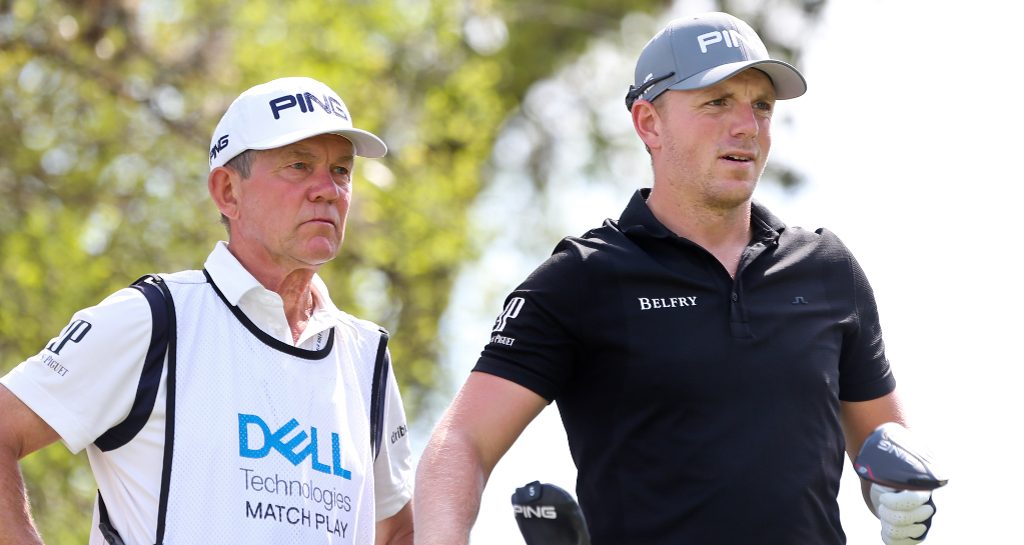 Matt Wallace had a full go at his caddie on more than one occasion at the BMW International Open on Sunday, leaving many viewers distinctly unimpressed.

The Englishman was the defending champion in Germany and stood a great chance of a repeat victory heading into the final round, but endured a frustrating, error-filled day to see his hopes dashed.

While his clubs got plenty of abuse for not doing what he wanted them to, Wallace also seemed all too willing to take his frustrations out on his caddie Dave McNeilly.

The 29-year-old first let McNeilly have it on the par-3 12th after he overshot the green from the tee. He would end up bogeying the hole to drop out of a share of the lead.

Wallace was still in with a chance of forcing a play-off with a birdie at the par-5 18th, but his chances were sunk when he found the water off the tee.

Afterwards, Wallace once again let his caddie have it, and even though the cameras didn’t pick up exactly what was said, it was about as much as some viewers could take.

Many of them took to Twitter to slam Wallace’s “disgusting” behaviour, with one user labelling the Race to Dubai leader an “absolute Grade A bellend”:

Matt Wallace is quickly becoming the most dislikable golfer out there. Maybe it’s his desire to win and strive for perfection, but there’s no need to be an absolute tit when things go wrong from time to time.

I cannot stand Matt Wallace… absolute grade A bellend!! Caddies fault he hooked a drive on 18 into the water!

That wanker Matt Wallace up to his usual antics today. Burying his club in the fairway there. Caddy should tell him to fuck off. #BMWInternationalOpen #Golf

I wonder how many golf clubs Matt Wallace breaks on average per year? My guess is 27.

Questions over Matt Wallace temperament in big tournaments. Seems to blow up majorly for me. Can win but at elite level has yet to prove himself with the top players

Matt Wallace assaulted his caddy after his tee shot on 18. Please watch the footage. Also, the verbal abuse was disgusting. This guy should be banned from the tour. #BMWInternationalOpen #PGA

Matt Wallace wants a fucking good hiding. I don’t care who they are, if he spoke to me like that he’d be carrying his own bag at best. If not tasting a 7 iron. #prick

Why is matt Wallace having a go at his caddie. Again caddies not being respected. Disgusting

Wallace went on to bogey the 18th and drop into a tie for third place, which still enabled him to strengthen his position at the top of the European Tour’s Race to Dubai standings, but he’s unlikely to win any popularity contests among golf fans in the near future.