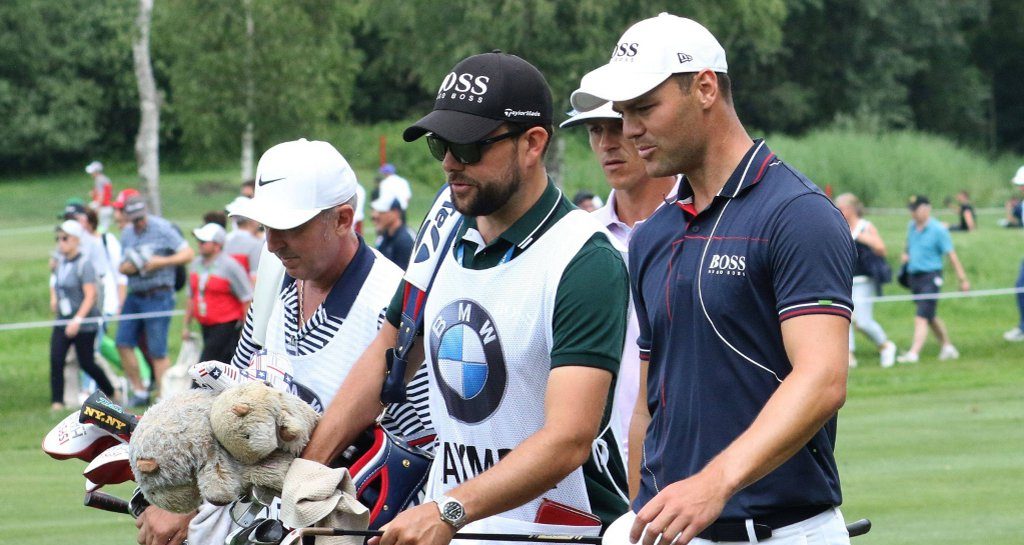 A fairy tale victory in front of his own fans in Germany remains on the cards for Martin Kaymer as he grabbed the second-round lead at the BMW International Open.

An 11-time winner on the European Tour, Kaymer hasn’t added to his tally in Europe or anywhere else in the world since he won his second major title at the 2014 US Open at Pinehurst.

He made a welcome return near the top of the leaderboard at Golfclub Munchen Eichenried on Thursday, however, an opening 67 leaving him just one shot off the pace, and he was able to build off that solid start with an even better six-under-par 66 on Friday to take his total to 11 under par and give himself a two-shot lead heading into the weekend.

A bogey-birdie-bogey start to his second round gave the impression he might be in for a tough day at the office, but the dropped shot at the third would turn out to be his last, as Kaymer fired seven further birdies to rocket into the lead.

He was particularly deadly on the back nine, draining four birdies in a five-hole spell from the 11th before adding his ninth birdie of the day at the 18th to extend his lead – much to the delight of the large and enthusiastic gallery following the German around.

Martin Kaymer will take a two-shot lead at the halfway stage in Germany.#BMWInternationalOpen pic.twitter.com/JObeRPnj60

“The support inspires, it’s different,” said Kaymer. “Sometimes you feel embarrassed. It’s a lot to handle at certain times because I’m not that kind of guy that likes to be in the spotlight – but it’s a positive thing and I need to see it as something positive.

“It’s going to be exciting for sure. It’s never easy leading a golf tournament but fortunately I’ve done it a few times in my career.”

Kaymer’s crowd-pleasing finish relegated Christiaan Bezuidenhout to second place two strokes back. The South African had led the way for much of the day after firing the low round of the tournament – a seven-under-par 65 – to snatch the clubhouse lead.

In third place a further shot back are Sweden’s Sebastian Soderberg and Finland’s Kim Koivu following rounds of 66 and 67 respectively.

Some big names follow on seven under, including English duo Lee Westwood and Matt Wallace, and Italian pair Edoardo Molinari and Andrea Pavan.

Pavan held a one-shot lead at the start of the day but a second-round 71 left him four shots adrift by the end.

Further down the field, former Masters champion Sergio Garcia missed the cut by one stroke after a second-round 70 was not enough to offset the damage done by his opening 73.

As for Gaganjeet Bhullar, an ace on the 17th saw the Indian golfer go home with a brand new toy – a BMW M8 Coupe – for his troubles.