Marcus Kinhult joins Matt Wallace at the top in Southport 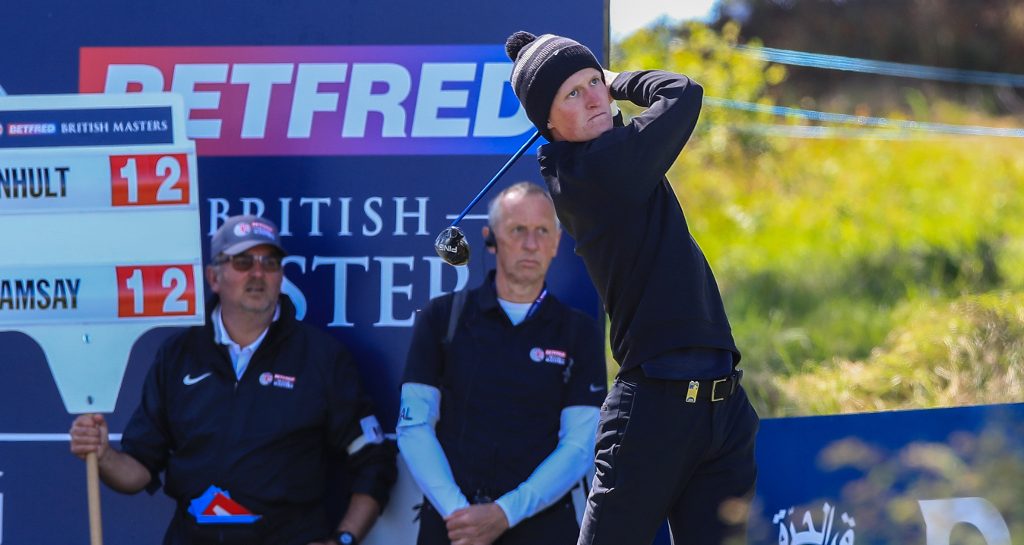 Halfway leader Matt Wallace retained his lead at the British Masters on Saturday, but was joined by Sweden’s Marcus Kinhult.

Wallace extended his overnight advantage to three shots after a lightning quick start to his third round with three straight birdies right off the bat, but he would end playing the remaining 16 holes in one over par to sign for a two-under 70.

He paid particularly dearly for en error at the par-4 15th which resulted in a double-bogey.

Wallace ended the day on 14 under par, level with Kinhult, who coincidentally double-bogeyed the same hole as the Englishman but had more good fortune elsewhere, adding five more birdies and an eagle along with another bogey for a four-under-par 68.

“That was really good,” said Wallace. “Obviously I was frustrated with dropping a couple on the 15th hole. But I think I showed a little bit of different character there to not let it affect me too much and then step up on the next hole, which is tough.

“If you miss that green right, you’re stuffed, and I put it to a good length and played the last three holes really nicely.

“It would have been nice to have holed that putt on the last, but I mean, I would have taken two-under at the start of the day, seeing how windy it was.

“We are in great shape. It’s not about winning it on Saturday. It’s about putting yourself in a good position, so I’m looking forward to tomorrow now.”

Kinhult said: “It was tough in the wind I think today, and yeah, I managed to post a good score, so I’m happy.”

Wallace and Kinhult lie two strokes clear of Scotland’s Richie Ramsay, who stayed in the hunt with a 71, and a further shot ahead of another Scot, Robert McIntyre, and tournament host Tommy Fleetwood, who played themselves into contention with a 68.