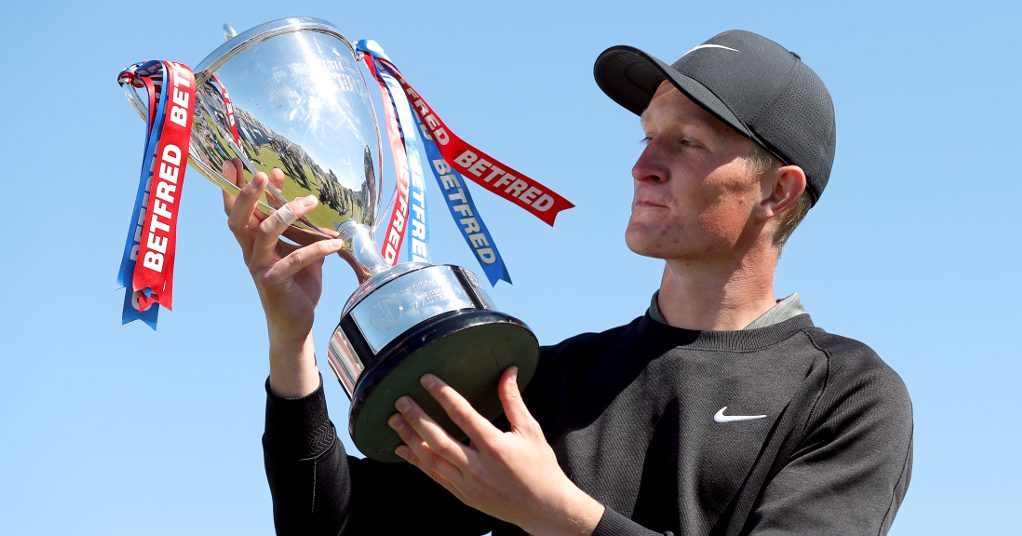 The Swede’s final round of two under 70 around Hillside Golf Club was enough for a narrow one stroke win that was not without its fair share of drama.

After making bogeys on the 15th and 16th, Kinhult found himself one off the lead which was shared by defending champion Eddie Pepperell and Robert MacIntyre, his playing partners. After finding the green in regulation on the 17th, Kinhult calmly rolled in a ten footer to get a shot back

Pepperell, MacIntyre and Kinhult then all stood on the 18th tee locked on 15 under and it was the Swede who showed nerves of steel. He was the shortest off the teebox but transferred the pressure with a superb iron from 193 yards out that came to rest eight feet from the pin.

Over to you gentlemen… pic.twitter.com/9ukOtw2faw

After Pepperell and MacIntyre tapped in for their pars, Kinhult stepped up and drained his putt for his first taste of Sunday silverware.

“I’ve been dreaming about it for such a long time and to finally do it is sort of amazing,” said Kinhult, who has made just two cuts in seven starts in 2019.

“It was so close all day between us. It was a bit like a match play between us – and then Bob and Eddie played well on the back nine today. They were up there, as well.

“But it was nice to play with Matt. He’s a great guy and a good competitor. So yeah, it was good fun. This is a very prestigious event and a nice little trophy to have. To get it as my first win is special.”

Further down the leaderboard, Richie Ramsay finished alone in fifth on 12 under, with English duo Paul Waring and Jordan Smith tied for sixth on 11 under.