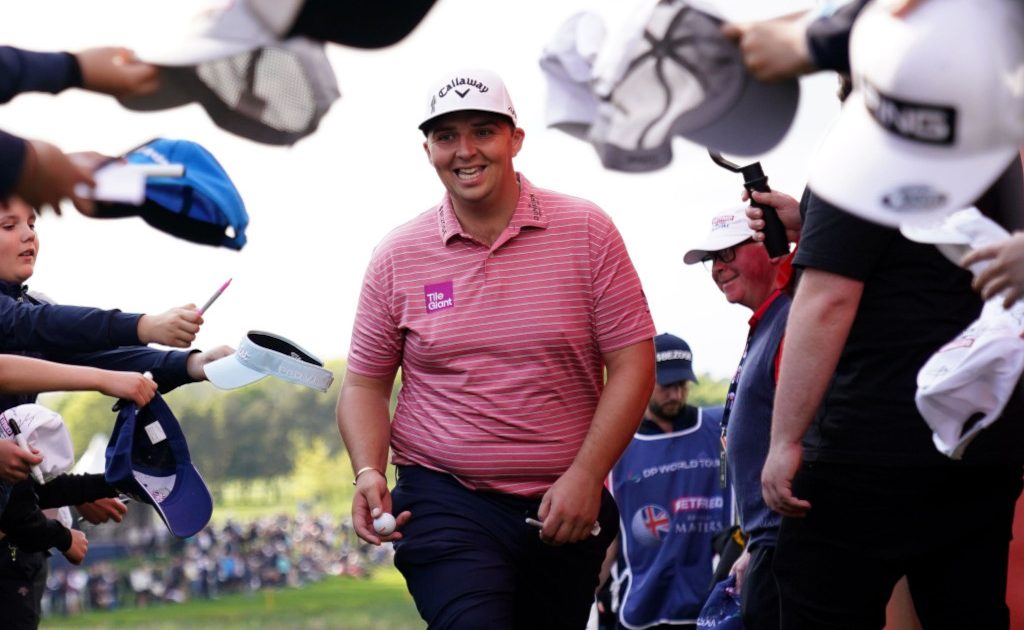 England’s Marcus Armitage produced a brilliant comeback to boost his hopes of a successful title defence in the Porsche European Open.

Armitage, who won his first DP World Tour title in Hamburg last year, was three over par after the first 10 holes of his opening round at Green Eagle Golf Courses, but played the remaining eight in five under to card a two-under-par 70.

That left the 34-year-old Yorkshireman just three off the lead held by China’s Li Haotong and Sweden’s Joakim Lagergren, with Victor Perez – winner of the Dutch Open on Sunday – part of a large group on three under.

World number 41 Tommy Fleetwood, the highest-ranked player in the field, carded an opening 75 which included a triple-bogey six on the 17th as his attempted recovery from the edge of a lake ran back into the water.

Former champion Paul Casey has been sidelined since late March due to a back injury but made the trip to Hamburg as he is an ambassador for the tournament sponsors.

Casey told Sky Sports: “Doctors have said at least another three plus weeks, maybe five plus weeks of not hitting golf balls.

“Bulging disks, bone edema; I don’t understand it all but it’s just a very, very sore back right now. I’m not meant to be in extension and rotation, which is basically a golf swing.

“It’s something I had back in 2018 and missed a few weeks, it’s just a more acute experience this time. It’s been incredibly frustrating to miss all the majors to this point (and) I’m going to miss more.

“But if I want to have a good end to the season I’ve just got to step away for a little bit.”