Luiten all smiles after victory in Oman 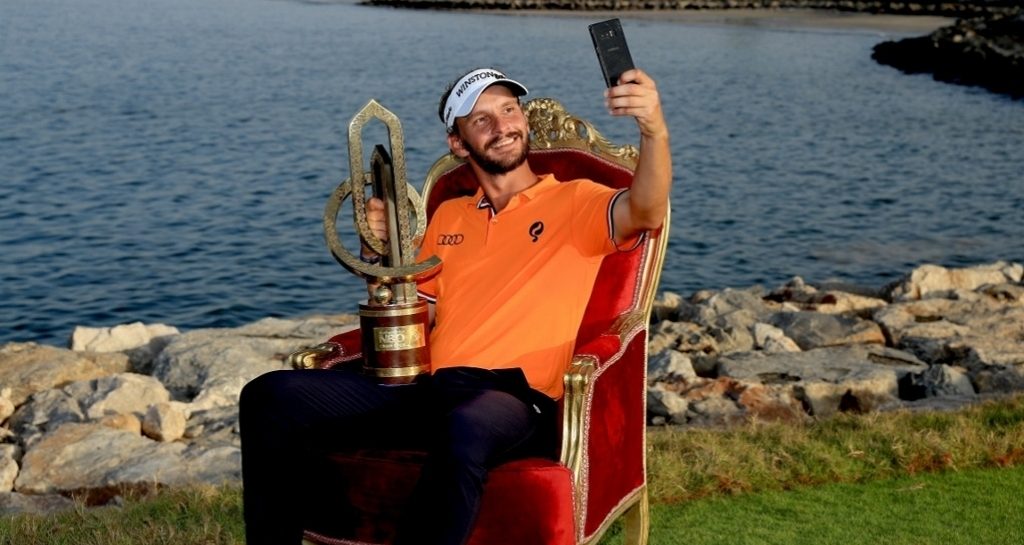 Joost Luiten edged Chris Wood in a final-round duel to clinch the NBO Oman Open in Muscat on Sunday.

The Dutchman held a share of the lead at the start of the day, and while as many as 10 players were still within four shots of the lead as the final group reached the turn, it eventually tuned into a shootout between Luiten and Wood for the title.

Luiten was able to keep Wood at bay thanks to three clutch birdies in his final seven holes, helping him to a four-under-par 68 and a 16-under-par total.

Wood closed with a 69 that left him two strokes adrift.

For Luiten, it's his first European Tour win since 2016 and 10th overall, and moves him into the top ten of the Race to Dubai rankings.

From the runner-up to the winner 🤝🏻

"This is why you play golf, to hold trophies," he said. "It's been a great week.

"It's always tough to win out here, all these guys are so good and they keep putting pressure on you.

"Down the stretch I hit some nice shots, I made some nice putts and it was a nice battle with my friend Woody.

"I need to win another couple to get into the Ryder Cup Team but it's a great start to the year for me."

As for Wood, he will disappointed at missing out on the win, but a second place finish will still do nicely after missing the first three cuts of the season.