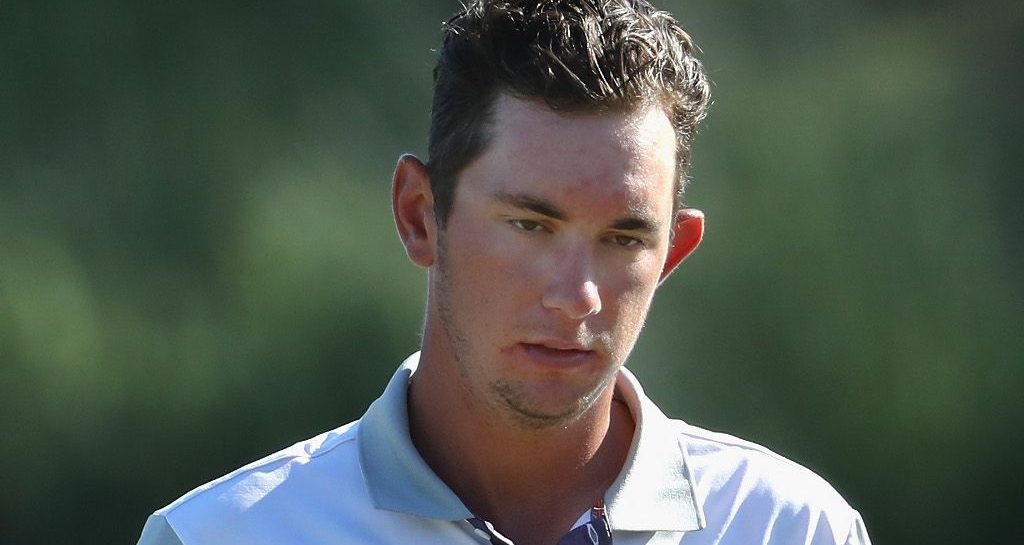 After losing the lead on Friday, Lucas Herbert returned to the top of the leaderboard at the Portugal Masters thanks to a seven-under-par 64 in Saturday’s third round.

The 22-year-old Australian was in top spot after the opening day in Vilamoura but lost it to Eddie Pepperell and Oliver Fisher after the second round.

Fisher stole the show on Friday after shooting the first 59 in European Tour history but took 10 more shots to make his way around Dom Pedro Victoria Golf Course on Saturday to fall five shots off the pace.

Instead it was young Herbert who impressively returned to the top of the leaderboard on 19 under par after adding a 64 to his opening rounds of 63 and 67.

Herbert lies two strokes clear of Englishman Tom Lewis, who rose 14 places up the leaderboard thanks to a barnstorming 61.

Overnight leader Pepperell follows in a tie for third with Swede Marcus Kinhult on 15 under, with 59-hero Fisher a further stroke back alongside Italy’s Renato Paratore and Mikko Korhonen of Finland.

The day belonged to Herbert, however, who has given himself a great chance of a maiden European Tour victory come Sunday.

After five birdies on the front nine, included four in the space of five holes from the fifth, Herbert picked up two more strokes before dropping his first shot of the tournament at the par-3 16th.

Herbert had played 51 bogey-free holes up to that point, but the bogey proved to be just a momentary blip as he immediately hit back with another birdie at the par-5 17th to erase the damage.

🗣️ "I don't need to do anything different."

“I think this week is as close to the A-game as we get,” he said. “Some good confidence going into tomorrow and hopefully that form sticks around. In the position I want to be in so not much more we can do.

“I just need to get out of my own way tomorrow, to be honest. I’ve played really good up until this point. I don’t really need to do anything different or special, just stick to the processes, keep picking the right shots and doing a good job with all of that. That’s all I can control.”