Lowry stays in front as Oosthuizen and Westwood close in 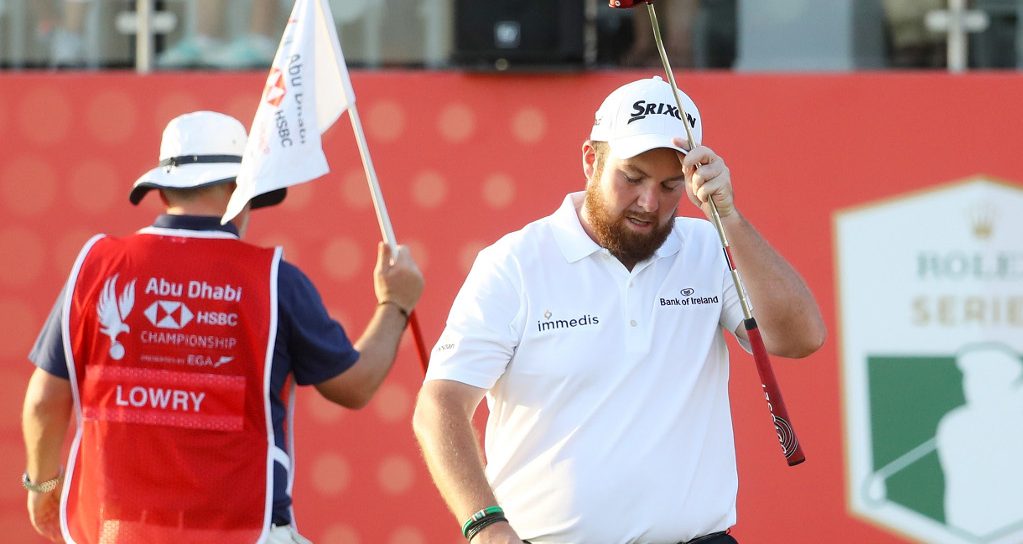 Shane Lowry still leads the Abu Dhabi HSBC Championship at the halfway mark, but there are some big names chasing him down.

Lowry started the day with a three-shot lead following his course record-equalling 62 at Abu Dhabi Golf Club on Thursday, but ended it just one shot in front after coming back down to earth with a two-under-par 70.

Lowry looked to be heading in the wrong direction after racking up two bogeys in his first three holes, but he rallied superbly by playing his last 15 in four under to salvage a pretty solid round and retain the lead.

“I’m really happy with that,” said Lowry, who birdied three of the par-3s and added another at the par-4 fifth. “I knew today was going to be a bit of a weird day after shooting such a low score yesterday.

Lowry on the par threes this week:

“I just tried to go out and play like I played. To be honest, right from the start, I really feel like I played pretty well today. I think I gave myself a lot of chances.

“Some of the shots early on were pretty horrendous. I battled back and hit some really nice shots out there and hit some in close and made some birdies. I was happy with myself.”

The Irishman still leads the way on 12 under par, even if he can expect to face some stiff competition over the weekend.

Lying just one shot back are South African duo Louis Oosthuizen and Richard Sterne after a pair of 68s, while a resurgent Lee Westwood follows a further shot back in fourth after a 68 of his own.

Westwood has re-emerged as a regular contender on the European Tour since returning to the winner’s circle at the Nedbank Challenge in November, and he once again finds himself right in the hunt this week.

Ryder Cup star Ian Poulter is part of a four-man group on nine under, three back, after a 69. He shares fifth place with Scott Jamieson, Tom Lewis, and Soren Kjeldsen.

World No 2 Brooks Koepka, meanwhile, remains in the hunt five shots back after a second-round 70, while fellow American star Dustin Johnson has probably left himself with too much do after rounds of 69 and 71. He lies eight shots adrift.

Two-time defending champion Tommy Fleetwood only just managed to make it to the weekend after birdying the 18th for a 72, while Henrik Stenson was the biggest casualty of the day, missing the cut by one stroke after rounds of 72 and 70.

Up-and-down to make the cut…

The pressure was on the two-time #ADGolfChamps defending champion on the final hole. pic.twitter.com/Gt90LuEMW0