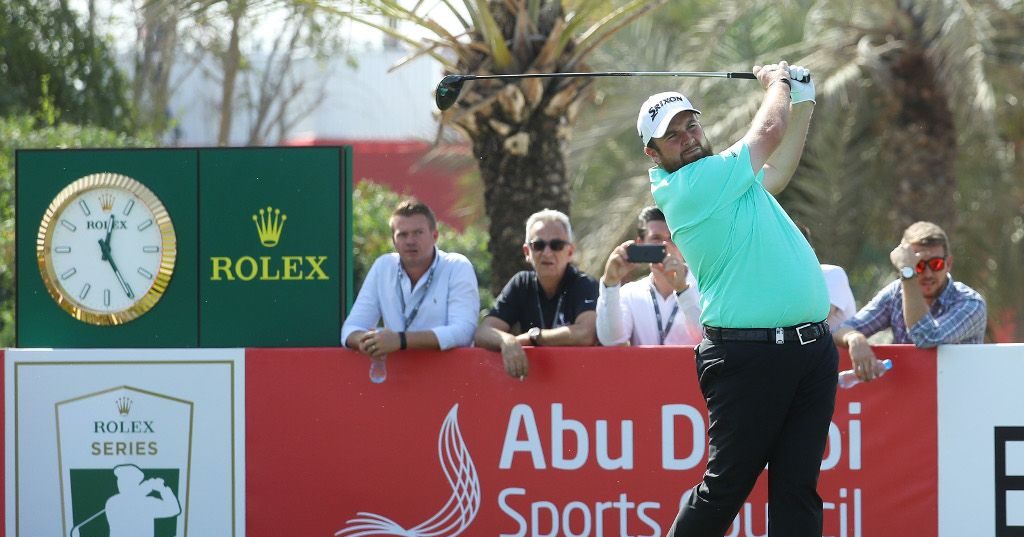 Shane Lowry has a three shot lead after the opening round of the Abu Dhabi HSBC Championship on Wednesday.

The Irishman was in superlative form at the Abu Dhabi Golf Club, signing for a bogey-free ten under 62 to equal Henrik Stenson’s 13-year-old course record. The round put him three ahead of South African duo Louis Oosthuizen and Richard Sterne, while Mike Lorenzo-Vera and Pablo Larrazabal were also on seven under.

Starting on the tenth tee, Lowry found himself four under through six holes before an incredible second shot into the par five ninth left him four foot for eagle. Agonisingly, he left it short to make the turn in 31.

The world number 75 continued his birdie blitz though and had a shot at the course record on his final hole. However, Lowry’s 12 foot birdie effort pulled up short and he settled for par.

“I’m obviously over the moon…it equals the best score I’ve ever shot,” said the 31-year-old after the round.

“I knew that, as well, and I said it to my caddie coming down the last – ‘A birdie here would be the best score I’ve ever shot’, to which obviously he said, ‘Well then why don’t you just go for it’.

“I left the putt short but I felt like I hit a decent putt, it was just a bit more into the grain than I felt, and yeah, obviously I’m very chuffed.

“I had quite a lot of time off since the World Cup but put in a decent bit of work the last two weeks over here in Dubai and I’ve just gone out with not much expectation but knew I was playing OK and yeah, everything clicked.”

Further down the leaderboard, a host of players are locked on six under, including English stalwarts Ian Poulter and Lee Westwood. World number two Brooks Koepka is a shot pack after his 67 while Dustin Johnson and Tommy Fleetwoods are on three under.