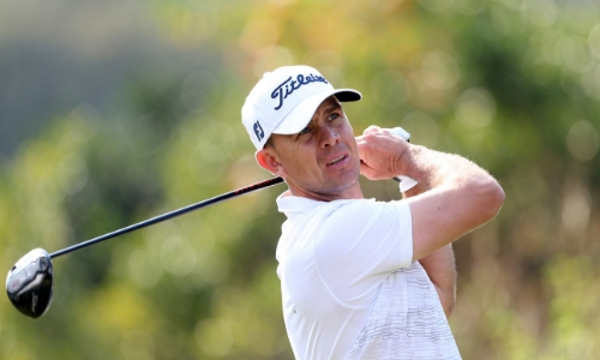 Louis de Jager will take an imposing four-shot lead into the weekend at the Magical Kenya Open after another impressive round in Nairobi on Friday.

Having grabbed a share of the lead on day one, De Jager put some serious distance between himself and the rest of the field after following up his opening 64 at Karen Country Club in Nairobi with another splendid 66.

Round two is underway. pic.twitter.com/SAK1NK9lUj

De Jager’s round consisted of seven birdies and two bogeys as he took his total to a combined 12 under par.

That was four strokes clear of nearest rival Jack Singh Brar, who shared the lead after day one but could not keep up with De Jager’s pace on the day, returning a one-under-par 70 to sit on eight under.

The Kenya Open was first held in 1967 and can count players like Seve Ballesteros and Ian Woosnam among its winners, but this is the first time it’s being played under the European Tour umbrella.