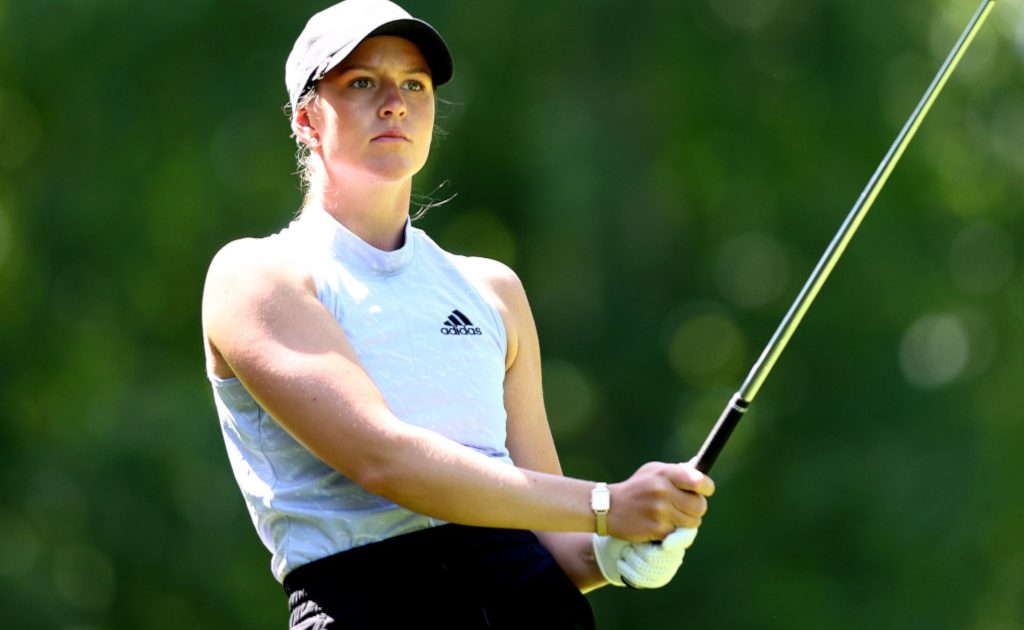 Linn Grant hopes she has struck an important blow for women’s golf by becoming the first female winner of a DP World Tour event.

Grant claimed a commanding nine-shot victory at the Volvo Car Scandinavian Mixed in her native Sweden.

Flying the flag for the Ladies European Tour at the mixed event at Halmstad Golf Club, 22-year-old Grant saw off her male challengers in style thanks to a spotless final round of 64, which took her to 24 under par for the tournament.

She said: “I hope this victory is big. I hope it brings women more forward and it gets people’s eyes on us a little bit more.

“It is always nice to say that you beat the guys for a week. To be able to speak Swedish and hear everyone out there cheering for you, it was amazing. All week I just felt like it’s the girls against the guys and whoever picks up that trophy represents the field.”

Grant only turned professional last summer but already has three LET titles to her name and six worldwide.

Fellow Swede and tournament co-host Henrik Stenson was in a tie for second on 15 under alongside Scotland’s Marc Warren.

The event saw 78 men and 78 women play the same course for one prize fund and one trophy.

Grant got off to a lightning-quick start on Sunday, extending her overnight lead from two shots to seven thanks to five birdies in her opening six holes.

After a run of three straight pars, Grant began the back nine with successive birdies at the 10th and 11th before picking up another shot at the 14th to get to 24 under par.

And four closing pars saw Grant keep her card clean and secure the biggest winning margin on the DP World Tour so far this season.

Grant, who had her boyfriend Pontus on the bag this week, added: “I’m speechless and I’m so happy that I’m at home just to see all the kids, and my family is here and everyone that I care about is watching.

“I was actually surprisingly calm on the first tee. I felt happy and relieved, and to be able to get in the zone and just enjoy golf for a last day was very nice.

“When I walked up on the 13th green, I saw the leaderboard and I saw it was eight shots and it was very relaxing to not have to change gears and I could just go out and continue doing what I was doing.”