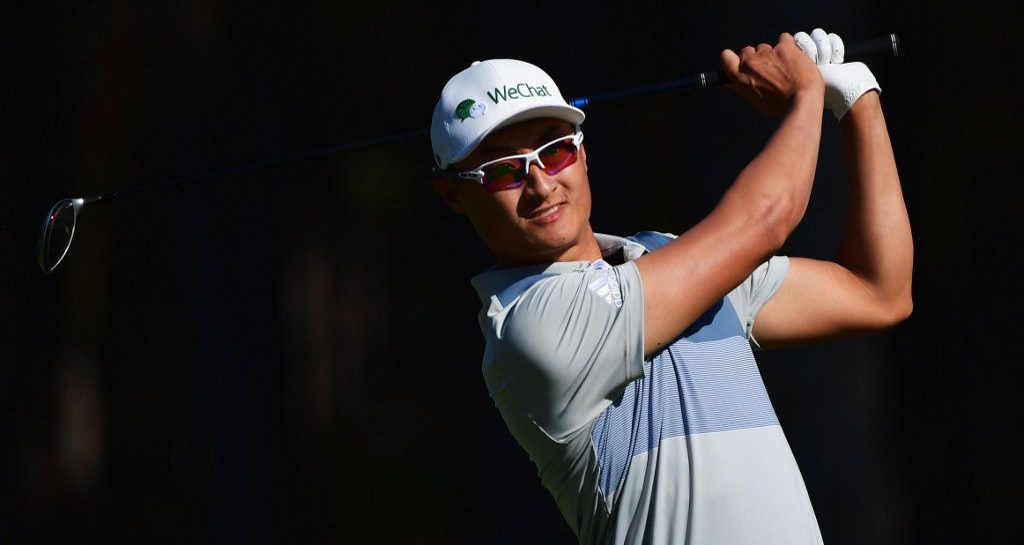 Justin Rose has his work cut out for him if he’s to successfully defend his Turkish Airlines Open title after China’s Li Haotong stole the show on Saturday.

Rose started the third round in Antalya with a two-shot lead, but ended it three back thanks to the efforts of Li, who fired a spectacular eight-under-par 63.

The 25-year-old from Hunan province was in rare form, birdying the first hole out of the gate before adding three in a row from the fourth.

Another birdie followed at the ninth and there was even better to come at the par-4 10th, where he holed out from the fairway for an eagle two.

Li still had time for one more birdie at the 12th before parring his way home for a 63 that puts him in a very strong position ahead of Sunday’s final round.

“I really want to win this week and play my best tomorrow,” he said. “Especially at a Rolex Series event. It’s going to be an exciting day tomorrow and I’m looking forward to going against Rosey.

“I just wanna play my best and beat him”

Rose was looking good after matching Li’s trio of birdies on the fourth, fifth and sixth, but disappointingly he could only play his last 12 holes in one over par after mixing three more birdies with four bogeys.

The Englishman, who will return to the World No 1 spot if he manages to win on Sunday, trailed Li by two shots for most of the afternoon before a closing bogey at the 18th ensured his opponent would take a three-shot lead into the final day.

Rose ultimately signed for a 69 to lie on 14 under par alongside Frenchman Alexander Levy in a tie for second.

Denmark’s Thjorbjorn Olesen follows a shot further back after a 68, one ahead of English duo Sam Horsfield and Danny Willett.

Ryder Cup hero Tommy Fleetwood is next on 11 under alongside South African Thomas Aiken.

While the day did not go to plan for Rose, who clearly came off second best, he certainly won’t be considering his three-shot deficit an insurmountable one.

If he does manage to fight back on Sunday and take the title, it will mark the first successful title defence of his career, and will see him retake the World No 1 spot he surrendered to Brooks Koepka last month.