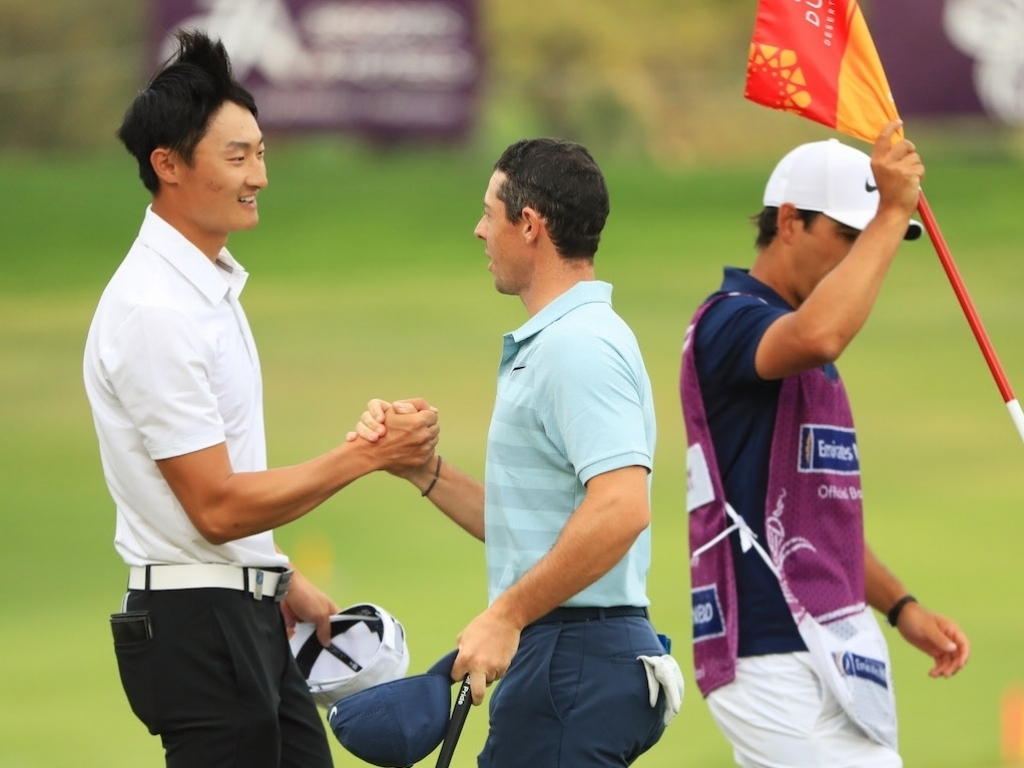 Li Haotong fought bravely to beat Rory McIlroy after making a birdie on the 72nd hole of the Omega Dubai Desert Classic.

Li entered the final day a shot clear of McIlroy but trailed by two after ten holes as the four-time major winner looked on track for a third victory at Emirates Golf Club.

However, the Chinese prodigy then birdied four of his last six holes to sign for a closing 69 and get to a record low event total of 23-under-par, beating the Northern Irishman by a single stroke.

The conclusion to the tournament was a gripping one. On the par-five-18th, Li pulled his drive left and so was unable to hit the green in two.

On the contrary, McIlroy striped his drive down the middle and then hit a solid three-iron into the middle of the dancefloor.

Under immense pressure, Li laid-up and then hit a sumptuous wedge to 12 feet.

McIlroy lagged his eagle putt and Li knew he needed to drain his bridie putt to win the tournament. And he did just that.