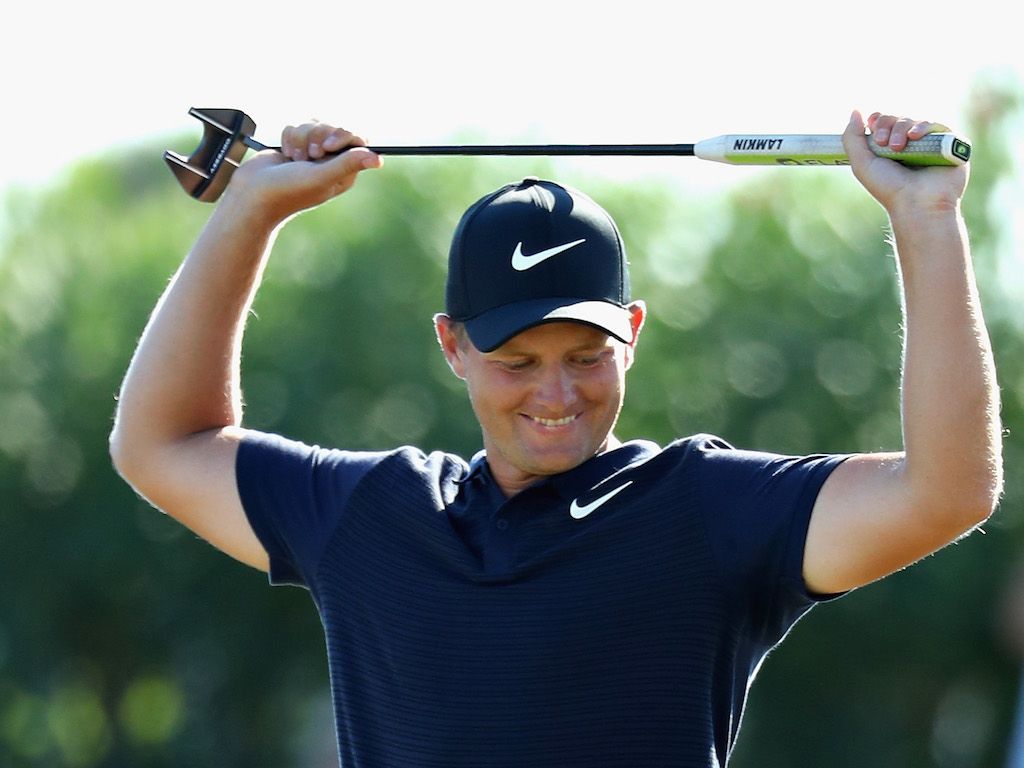 Tom Lewis carded a closing round of 66 to get to 22-under-par and claim a three-shot victory at the Portugal Masters on Sunday.

Lewis trailed Lucas Herbert by two shots on Saturday evening and seemingly had plenty to do to win at Dom Pedro Victoria Golf Course.

However, six birdies inside his first 13 holes was just enough to get him over the line in the face of numerous counter attacks from Herbert and Eddie Pepperell.

Lewis now has two professional wins to his name. Both have come at the Portugal Masters.

Speaking afterwards, the 27-year-old Englishman admitted his second European Tour triumph was sweeter than his first in 2011.

“I’m so happy, it’s been a rough ride but this week I played hard. I obviously got off to a bad start, to finish the way I’ve been finishing has been brilliant so I’m happy.

“To be back here in Portugal and play the way I played and to have the crowds we had, I feel great right now. I think this one means more, it means a lot to come and win this again.

“The next win was always going to mean more because of how much I work for it.”

Two telling statistics from Lewis’ victory are that he birdied 24 of his last 54 holes and went 45 holes without a bogey between the last on Thursday and the tenth on Sunday!