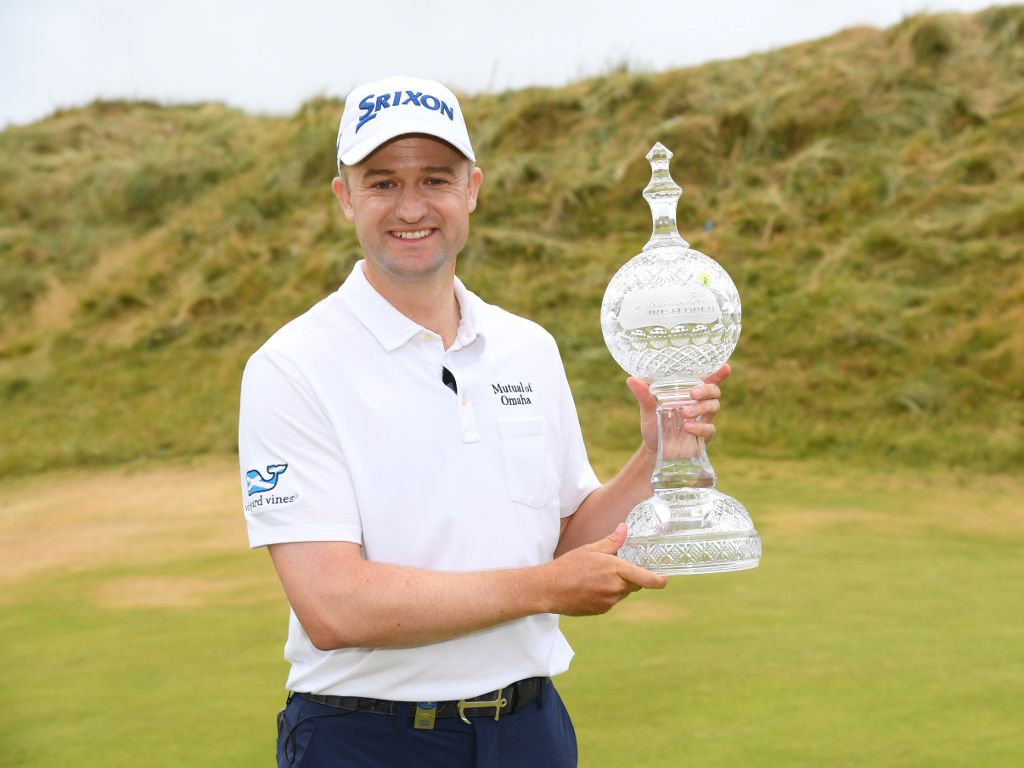 Russell Knox emerged victorious after a playoff with Ryan Fox on a thrilling afternoon at the Dubai Duty Free Irish Open on Sunday.

The Scot rolled in a 40 foot putt on the final green in regulation to tie with Fox at the top of the leaderboard on 14 under for the tournament. Knox then went on to win on the first playoff hole in stunning fashion at Ballyliffin Golf Club in Donegal.

Earlier, overnight leader Erik van Rooyen – who started the day with a four stroke lead – conspired to post a two over 74 and fall out of contention.

Knox and Fox headed down the 18th once more, both had great drives and found the green with ease. Knox found himself with a similar putt to the one he drained to get in the playoff and the world number 87 defied all odds to do just the same, transfering all the pressure to Fox.

The New Zealander had a 10 footer for his birdie and it looked looked to be going in for all money until it moved left and lipped out, handing Knox his second win on the European Tour.

“To make a putt like that, it’s a dream come true,” the 33-year-old told europeantour.com.

“It’s so hard to win tournaments. The way I managed to do it, holing those two long putts, it was just my time. I’m just lucky to win one of these massive events, so thank you very much to Rolex.”

Defending champion Jon Rahm was also in the mix, playing brilliantly to come back from a triple bogey seven early in his round to post a six under 66, enough to finish in T4 with van Rooyen.

Jorge Campillo signed for a final round 65 to finish alone in third, while tournament host Rory McIlroy would finish T28 on two under, 12 strokes off the pace.