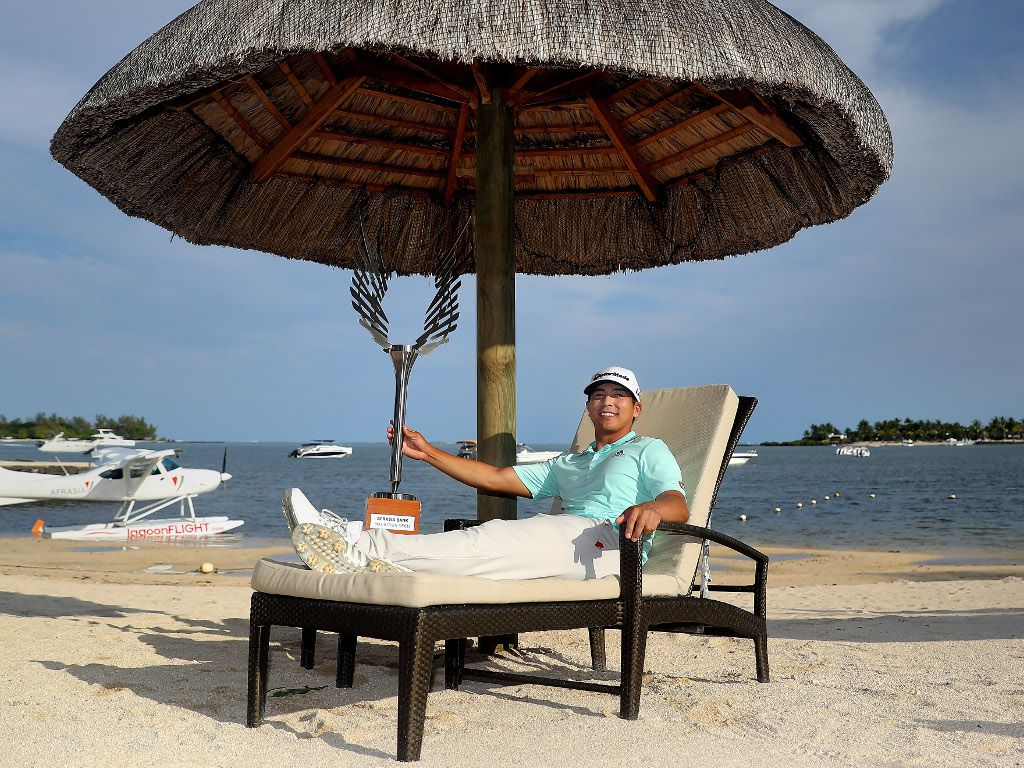 The American – who began the day tied at the top with South African Justin Harding – signed for four under 68 in the final round at the Four Seasons Golf Club in Anahita, enough for a two shot win over Chikkarangappa S and Matthieu Pavon.

Kitayama started like house on fire and was four under for the day through five holes thanks to an eagle on the short par five fourth, which took him to 20 under for the event.

There was a scare as a bogey on the 16th saw his lead cut to one, but Kitayama showed great resolve to roll in a 20 footer for birdie the very next hole and restore a two stroke cushion.

“It’s an unbelievable moment for me, I’m just so happy I was able to pull it off. There were definitely some nerves around the first tee-shot. Going birdie-eagle-birdie helped to calm things down for the rest of the day.

“This whole year has been, well, what a great year. I still have two more events but to win on one of the last events of the year is just great.

“It’s been really exciting, being able to travel all over the globe and I’m going to continue to travel more. I’m really looking forward to it.”

Harding would settle for a solo fourth finish on 17 under after carding a one under 71, his only round in the 70s for the week. Fellow South African Dylan Frittelli and Japanese star Masahiro Kawamura followed in T5 on 16 under.