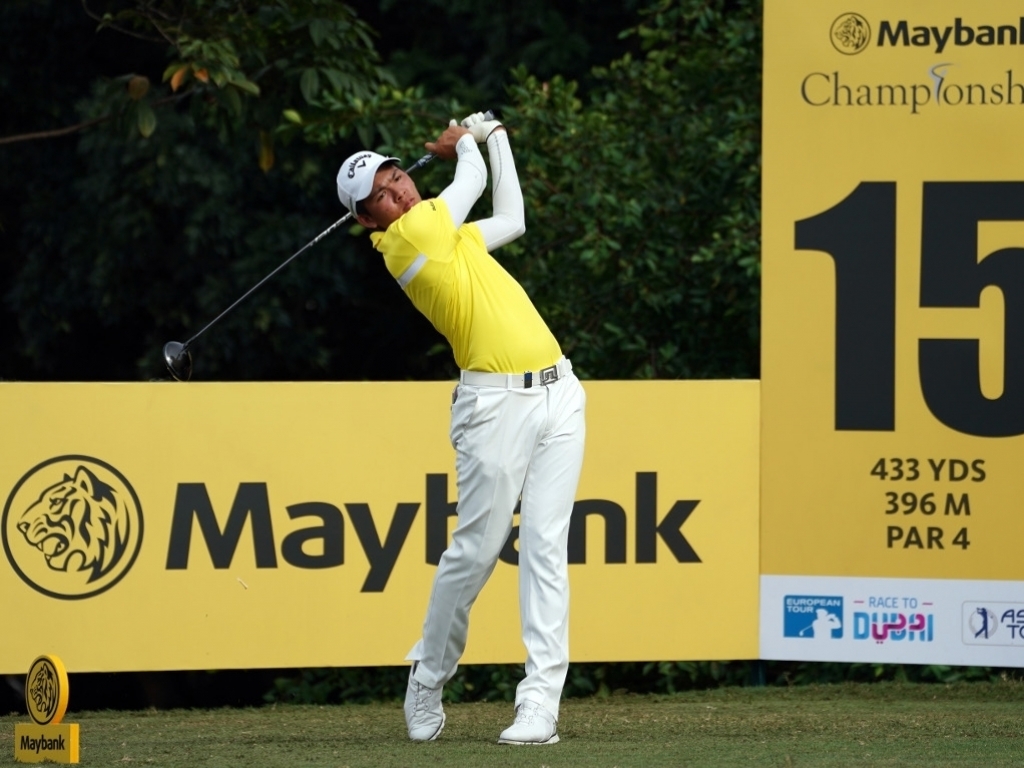 Thai teenager Phachara Khongwatmai charged into contention at the halfway stage of the US$3 million Maybank Championship after shooting a sparkling seven under par 65 on Friday.

The 18-year-old, whose name Phachara means ‘diamond’ in Thai, marked his card with seven birdies as he shared the lead with Italy’s Nino Bertasio (65) on 11 under par 133 on a low scoring day at the Saujana Golf and Country Club.

A red-hot Lee Westwood of England fired 11 birdies against one bogey for a stunning 62 to lie a shot back in third place alongside Japanese star Yuta Ikeda (64), Marc Warren (66) and overnight leader Chris Paisley (69) at the event sanctioned by the Asian Tour and European Tour.

The sweet-swinging Phachara posted two birdies in his outward nine and enjoyed a superb run when he made five straight birdies from the 11th hole thanks to a hot putter. He was joined by Bertasio, who was in the last group of the day, at the top of the leaderboard when the Italian returned with eight birdies against one blemish.

Westwood continued his affinity with Asia where he has won nine times including the Malaysian Open in 1997 at Saujana. He is in position again to win at the course where he was a former touring professional from 1996 to 1999.

Ikeda, the world number 43, fired eight birdies to stay in the hunt to secure a first victory outside of Japan where he has won 19 times.