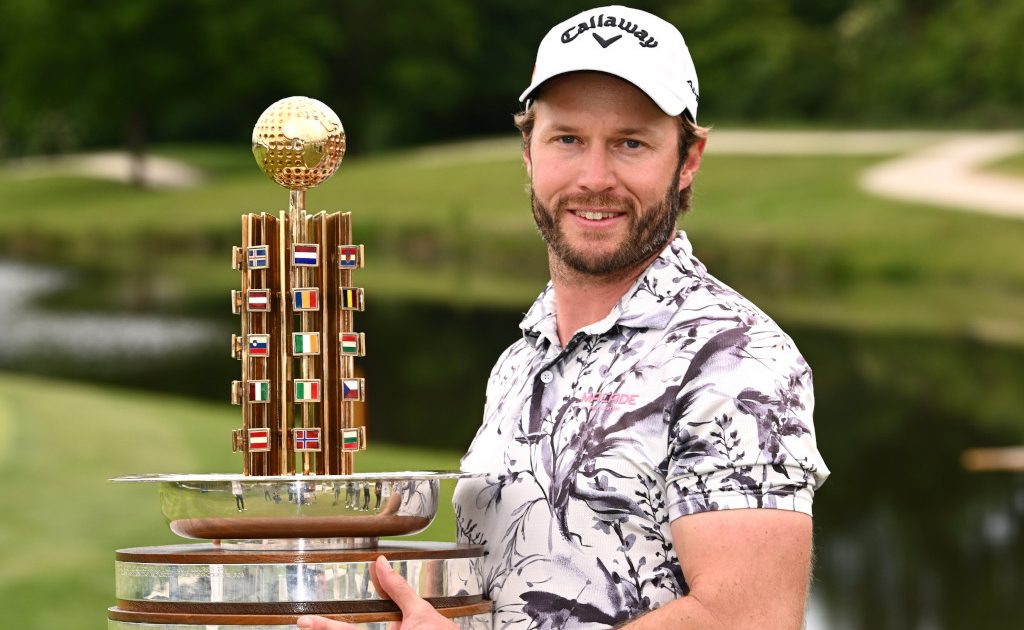 Kalle Samooja carded a stunning final round of 64 to overturn a seven-shot deficit and claim his first DP World Tour title in the Porsche European Open.

Samooja fired eight birdies, including three in the last four holes, to establish a new course record and set the clubhouse target on six under par, with the final groups still having nine holes to play.

France’s Victor Perez, who was seeking back-to-back victories after winning the Dutch Open last week, birdied the 10th and 11th to move into a share of the lead, only to bogey three of the next four holes.

Holland’s Wil Besseling then got within a shot of Samooja when he birdied the 13th, but ran up a double bogey on the 15th which included a dreaded shank with his fourth shot.

Besseling bounced back to birdie the next, but when he bogeyed the 17th Samooja’s victory was effectively assured.

A birdie on the 18th meant Besseling secured outright second place on four under, with Perez and England’s Richard Mansell sharing third on three under.

An emotional Samooja, 34, fought back tears as he told Sky Sports: “It’s truly special. It’s been a long journey, been close a few times.

“We had a number in mind today and we reached that, we thought it might be enough and it was a long two-hour wait at the clubhouse to see guys battle it out and fortunately it was enough

“I was hitting the ball really well all week and when I saw the pins this morning I said to my caddie there’s a low one out there. The pins have been on ridges pretty much all week and today they were on the bottom of the slopes.

“We were pretty sure it’s going to be a play-off or that we might even miss the play-off. I was just hoping to get a solo second and get a ticket to the US Open but this is a little better.”