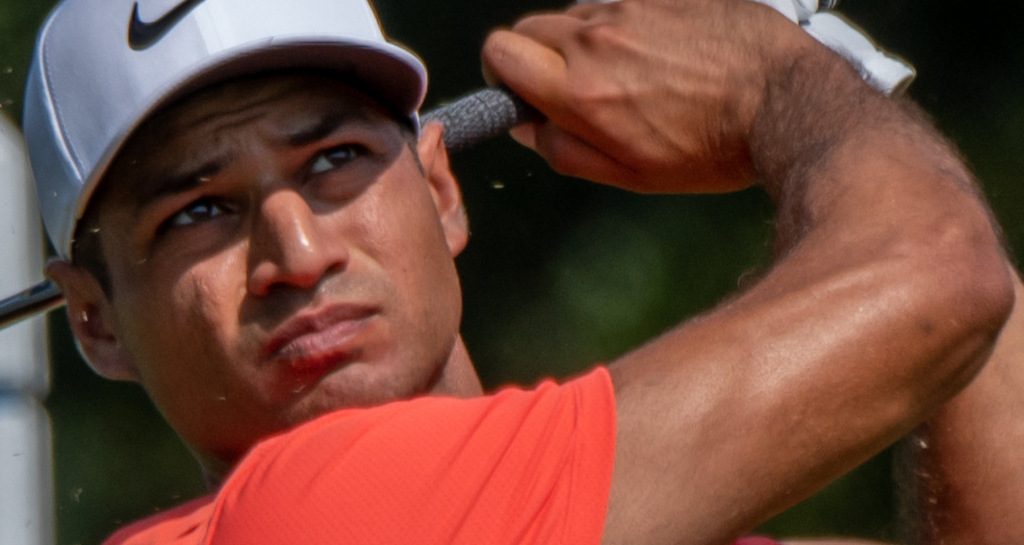 American Julian Suri is the halfway leader at the Hero Indian Open in New Delhi after firing a second straight 67 at DLF Golf and Country Club on Friday.

Suri, whose only previous European Tour victory came at the 2017 Made in Denmark, is playing just his second event of the season after undergoing surgery on an abdominal hernia.

He seemed none the worse for wear however, as he mixed an eagle and five birdies with two bogeys to sign for another five-under-par 67 and take his total to 10 under par, two shots clear of South African George Coetzee and Swede Robert Karlsson.

Last year, Suri missed the cut at this event after posting opening rounds of 76 and 82, but he was a full 24 shots better off this time around.

“I put the foot down but I had the same mindset I had on the first nine,” he said. “I hit it really well the whole day and I just tried to free it up a little bit on the second nine with my putting.

“I hit a lot of good shots and gave myself a ton of chances on the first nine and none of them dropped, particularly with speed and not hitting them hard enough. So, just try to free it up and putt with feel like I normally do.”

Coetzee and Karlsson grabbed a share of second place after rounds of 66 and 68 respectively. They lie one shot clear of England’s Callum Shinkwin (65) and Australian Scott Hend (68), whose good form is continuing after his victory at last week’s Maybank Championship.

Thailand’s Prayad Marksaeng is next on six under after two rounds of 69.

As for co-first round leader Stephen Gallacher, he dropped seven shots off the pace after only being able to follow up his opening 67 with a 74.