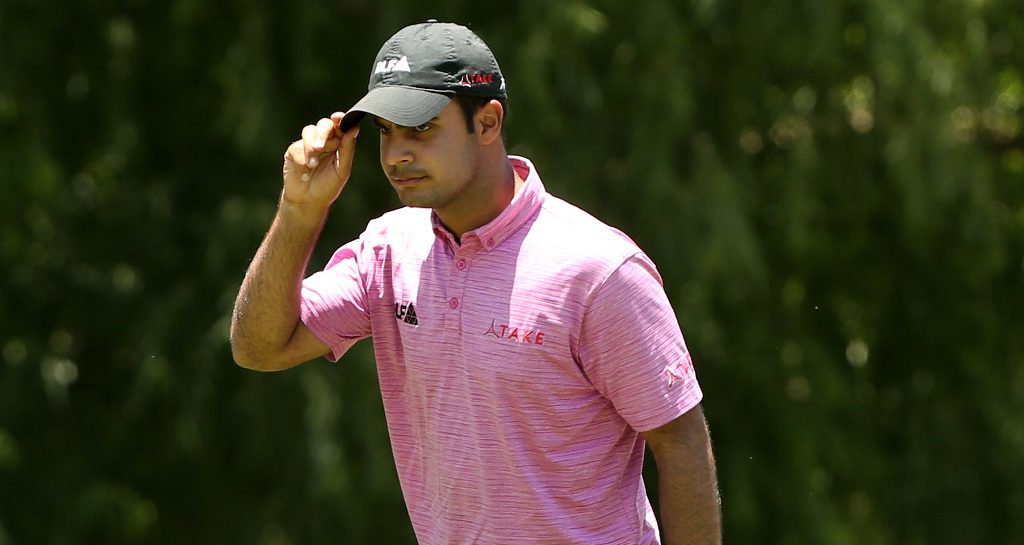 India’s Shubhankar Sharma will need to try and defend his four-shot lead at the Joburg Open in South Africa on Monday after bad weather forced the day’s play to be called off on Sunday.

Sharma started the final round leading by five-shots and added two birdies in seven holes to be at 22-under-par. Second-placed Erik van Rooyen of South Africa cut the gap to four shots with four birdies in eight holes to be at 18 under before play was suspended due to rain, hail and lightning.

In third spot tied at 13 under were, England’s James Morrison on the seventh hole and Tapio Pulkkanen of Finland, who was on the eighth when play was called off.

On Monday morning, 42 players will return to the Firethorn Course to complete their rounds at 07h30.

Wondering why we’re going to a fifth day in Joburg?

“I’m going to treat it like another day,” said Sharma. “I’m going to do the same things which I’ve been doing the last four days.

“It is not frustrating but you get into a groove when you start and you don’t want to come off. I saw the clouds coming on the seventh hole and I was praying we could finish but we can’t help it. I’m playing well so I want to continue doing that.

“I had to cancel my flight tickets today but that was an easy thing to do considering the position I’m in.”

It’s also worth noting that the no deposit bonus codes for UK players offered by nodepositbonus.co.uk may be a good way of playing online casinos.