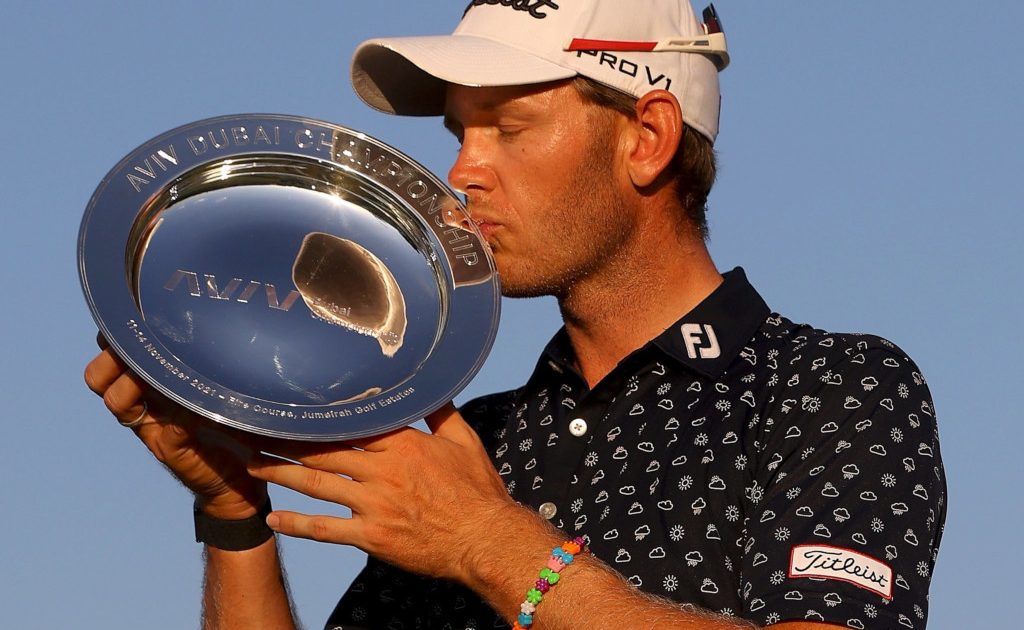 Hansen carded a closing 68 on the Fire Course at Jumeirah Golf Estates to finish 23 under par, a shot ahead of Italy’s Francesco Laporta and Austria’s Bernd Wiesberger.

Hansen and Laporta shared the lead heading into the final round and Hansen made the ideal start with a birdie on the first before both players picked up a shot on the par-five seventh.

A birdie on the 10th saw Hansen briefly double his lead, only for Laporta to respond immediately with a birdie on the par-three 11th.

Both players also birdied the par-five 13th as they looked to pull away from the chasing pack, but Laporta crucially missed from 10 feet on the 16th and came agonisingly close to holing from three times the distance on the last.

That meant Hansen had the luxury of two-putting from close range for par to add to the Joburg Open title he won a year ago at Randpark.

“It means a lot, especially with family and friends here, there was nothing in Joburg,” Hansen told Sky Sports.

“When I saw Jeff (Winther) win in Mallorca I was very jealous just because he had family and friends all there to celebrate with him and I really wanted that so I’m really glad I get to experience that.”

Hansen made 24 birdies and just one bogey during the week but asked if he felt as calm as he looked, the 31-year-old said with a smile: “I’ve heard that before but no.

“I said to Adam (Drummond, his caddie) down the last I’m struggling mate, we’ve got to talk about something else because I was thinking too far forward, so that was a bit hard.”

Wiesberger claimed a share of second place thanks to five birdies in the last seven holes in his 65, with England’s Andy Sullivan two shots further back in a four-way tie for fourth following an even better finish.

Sullivan followed five straight birdies with an eagle on the 18th to be home in just 29 shots.