Jason Scrivener joins Nick Flanagan at the top in Victoria 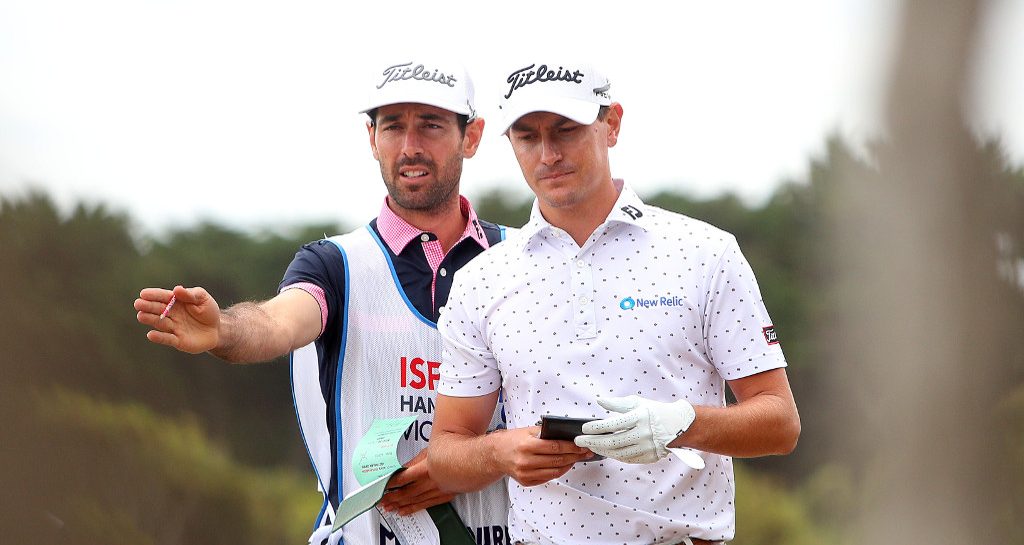 Jason Scrivener fired a six-under-par 66 to join Nick Flanagan in a share of the lead at the ISPS Handa Vic Open after Friday’s second round.

Playing on the Beach Course, Scrivener drained six birdies in a bogey-free round to move level with overnight leader Flanagan on 14 under par.

Flanagan managed to hold onto a share of the lead after following up his opening 62 with a 68 – also on the Beach Course.

The leaderboard has a decidedly local flavour, with Scrivener and Flanagan followed by three more Australians in the top five.

Wade Ormsby lies a shot back after rounds of 65 and 66, while Matt Jager (66) and Brad Kennedy (65) are a further stroke behind.

Co-leader Scrivener is definitely a player on the rise. Having been forced to make two previous trips to Qualifying School to keep his European Tour playing privileges, he finished 68th on the Race to Dubai Rankings last season and now has three top tens from four starts so far in 2019.

“Two solid days’ work,” he said. “Can’t really fault it. I played nicely, so looking forward to the weekend.

“Any time your game’s in a good place and you’re constantly making cuts and putting yourself in contention, it’s good for confidence. I just feel like over the last six months I’ve made some big improvements in my game and steadily progressing the last couple of years.

“I feel like it’s in a good position and I just want to give myself more chances to win tournaments. I definitely feel like I’ve been knocking on the door and I think the more chances I give myself, the better.”

Leading the way in the women’s event is American Kim Kaufman after she carded a second consecutive 66 to get to 13 under. She leads by two shots from Japan’s Haru Nomura, with Australian Su Oh a further shot back.