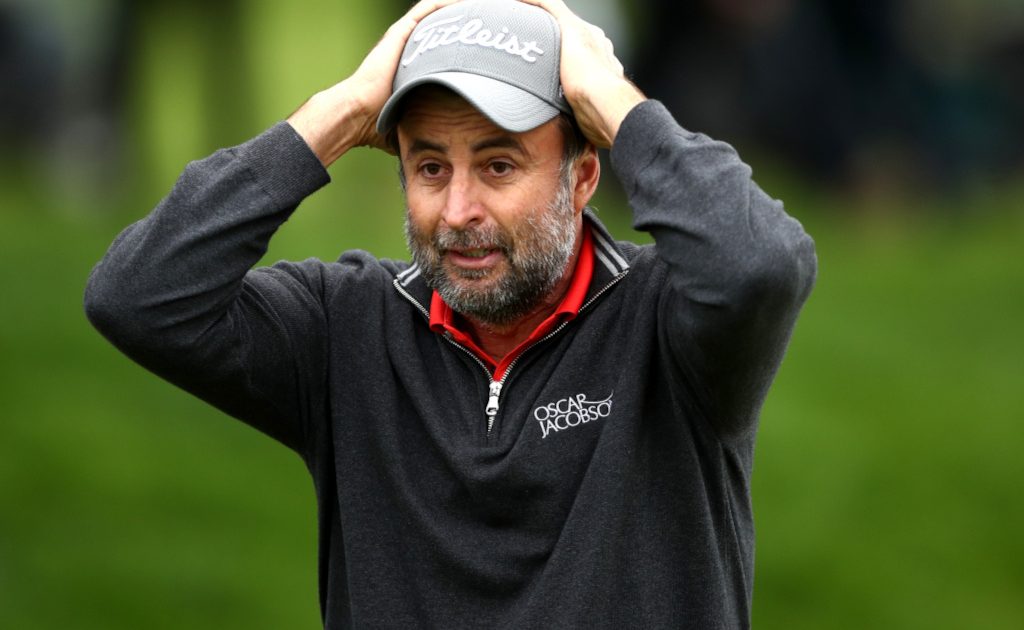 Richard Bland expects to have tears in his eyes when he begins the defence of his Betfred British Masters title and 500th DP World Tour event on Thursday.

Bland defeated Guido Migliozzi in a play-off at The Belfry 12 months ago to win for the first time at the 478th attempt, the 49-year-old having previously had to regain his card via the Challenge Tour in 2019.

The win gave Bland a two-year exemption and ensured he would be able to achieve his goal of playing 500 events, a feat which will be achieved this week after some careful planning of his schedule.

“It’s very special to be back here,” Bland said. “What went on 12 months ago was obviously a dream come true, something I had worked for for 20 years.

“I knew this week would be very close to my 500th event so I kind of tweaked it around a little bit and withdrew from the first event in Spain last month to make it fall this week. That makes it that even more special and something I’m very, very proud of.

“When you lose your card at the age of 46 a lot of people are writing you off, so to come back the way that I’ve come back, when I finish playing, that will probably be something I’m most proud of.

“It took a lot of hard work. But I guess it’s made it that much more special to be doing this when, at my age, I probably shouldn’t. So yeah, I’m certainly enjoying it.

“I came back here in October to do the Sky documentary (about the win). I can still remember pretty much every shot. Certainly the back nine, most of the last day.

“This place now is somewhere that will always be very, very close to my heart. How I’ll feel on the first tee Thursday morning, not too sure. Probably be a tear in the eye, I would think. I’m going to have all my family here with me and it just feels great to be back.”

But it is the messages he received from members of the public from around the globe which Bland cherishes the most and has pledged never to delete from his phone.

“In all fairness, I was glad I had a week off after this event because the next four or five days was just a blur, you were being pulled, left, right and centre with media commitments,” Bland added.

“But the messages that I got from people all across the globe, that’s something I wasn’t ready for and it was quite emotional to read some of the messages, that they were losing faith in whatever journey they were on and my win sort of helped them to sort of re-evaluate and keep going.

“I’ve still got the same phone, so they are all here. I’ll never get rid of them. They will stay with me forever and it just made the whole win that much more special.”