An interview with Renato Paratore 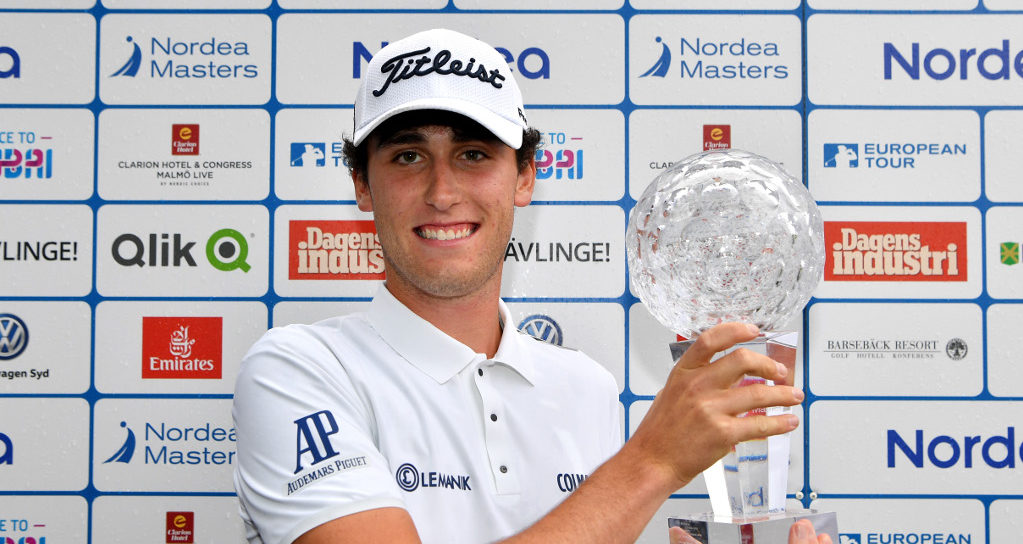 Italy’s Renato Paratore was always known as the fastest player on the European Tour, but now he can lay claim to something a little more substantial – he’s the new winner of the 2017 Nordea Masters, holding off the challenge of Ryder Cup star Matt Fitzpatrick and Chris Wood.

The victory comes after an eight-week period which has seen him fast-tracked from promising youngster with little experience in contention to the youngest winner on the European Tour since his good friend Matteo Manassero claimed the 2013 BMW PGA Championship.

Because, despite retaining his card in both 2015 and 2016, it was only in mid-April that the 20-year-old finally found himself ranked in the top five after 54 holes of a tournament – where the heat of competition is at its hottest.

A third-round 66 in the Trophee Hassan II was his first experience of sleeping on, and then trying to execute, a winning opportunity. It left him tied second, but a last day 75 saw him slip back into a tie for eighth. A month later, on the island of Sicily in the Rocco Forte Open, he was tied third with 18 holes to play and again posted a final round 75, this time for T23rd.

Two weeks on, was it to be third time lucky? At Barseback G&CC last Sunday he found himself tied second, one shot behind the leader Chris Wood.

True to his word, Paratore thrived with this third opportunity, not only draining long birdie putts, but completing tough par saves also – and never wavering from his speedy pace of play.

Two weeks ago at Wentworth, Golf365 caught up with the Roman golfer for an appropriately fast-paced Q&A.

Renato told us he could play a hole of golf in three minutes so our task was to complete an interview in the same time. On your marks, get set …

G365: Hey Renato, the results over the last few weeks have really picked up – what’s improved?

RP: My whole game in general, but my putting is really, really good. I just try to improve every day though.

G365: You played the GolfSixes with Matteo Manassero, how was that?

RP: It was amazing. We are good friends, we play a lot together and we enjoyed it a lot representing Italy. Fun format.

G365: Why is Italian golf so strong at the moment?

RP: Well, the Molinari brothers are an inspiration and Matteo too. But, you know, we have very good professional coaches in Italy who work with us on Tour life and scoring not just the swing. 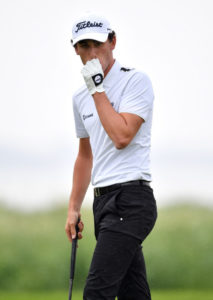 G365: You were so young when you first played on Tour – were you ever afraid?

RP: (Laughing) No, no. My first years I was not afraid, I only had this will to do well. For about my first year and then the next six month on Tour I wasn’t too good. But then I really improved in confidence.

G365: Twice you’ve retained a card, but you’ve done it with only one top five finish in those two years. Is consistency the key?

RP: My big thing is never to give up. Even when I only make the cut, I am determined to try well at the weekend. And if I am close to the cut on Friday, always I really fight to make it. Always.

G365: Morocco and Sicily have given you a taste of being in contention, right?

RP: (Laughing) Yeah, now I am even more determined to compete again. I was not too good in Morocco, but I felt better in Sicily. Next time I will have learned lessons.

G365: Was there a moment when you watched a tournament and thought “I want to be a golfer?”

RP: I saw Padraig Harrington win on TV and I loved it. I was very young so I don’t know what tournament it was, I just wanted to play myself.

RP: (Laughing) That’s what everyone says. I like to play fast on every shot. I don’t like slow. No breaks.

G365: Final question – at the GolfSixes the shot clock started at 30 seconds and was lowered to 20 seconds. How many seconds do you need?

Renato is a Maui Jim ambassador and says: “I am always looking for ways to improve my game. From the moment I put on my first pair of Maui Jim sunglasses, I was amazed by the vivid colors and clarity of the lenses. I also find their lens technology helps me see better in all kinds of light conditions.”