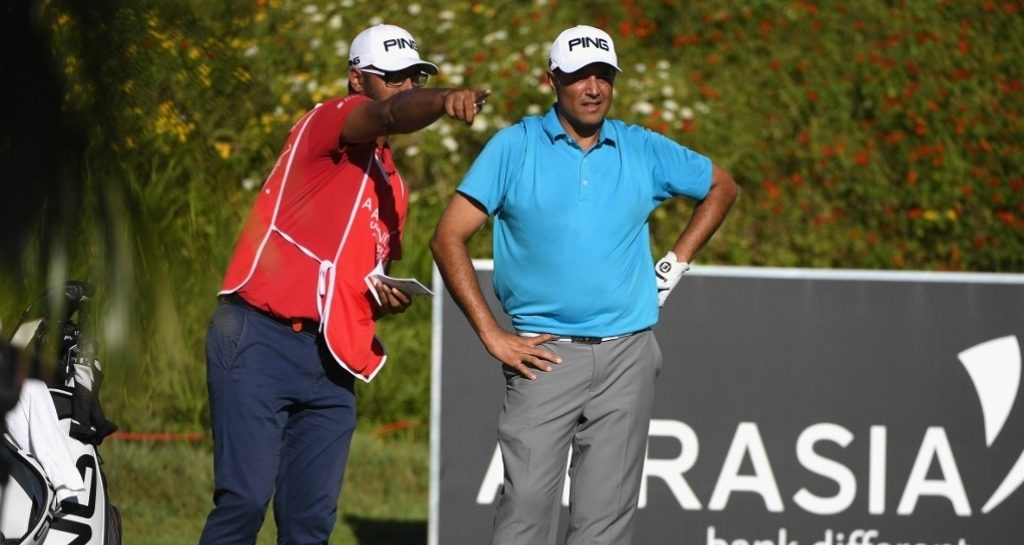 Arjun Atwal stormed to a four-shot lead at the European Tour’s AfrAsia Bank Mauritius Open after shooting a stunning nine-under-par 62 on Thursday.

The 44-year-old was in commanding form, carding seven birdies and a brilliant eagle in a bogey-free round that shattered the course record at Heritage Golf Club.

That moved him four shots clear of the rest of the field and put him in a great position to claim his fourth European Tour title.

Quite the round from @Arjunatwal.

Speaking after his first round, Atwal said: “I was in Kuala Lumpur the last two days to announce the players in Team Asia for the EurAsia Cup and I had some media activities to do. I had no practice round and went straight on the first tee.

“I’m pleased and shocked. I took a very long route coming here. I came through Dubai and it took me 16 hours to get here. I was tired and I didn’t really expect anything. Sometimes when you don’t expect much, you get a lot out of it.

“I found it pretty tough out there but I didn’t make any mistakes and I had a hot putter. The wind was on and off – it wasn’t very gusty.

“I’m looking forward to some rest and will see what happens tomorrow.”

As many as 13 players follow a shot further back, including another South African Louis Oosthuizen, the highest ranked player in the field.