How a chat with Rory helped reinvigorate Stephen Gallacher 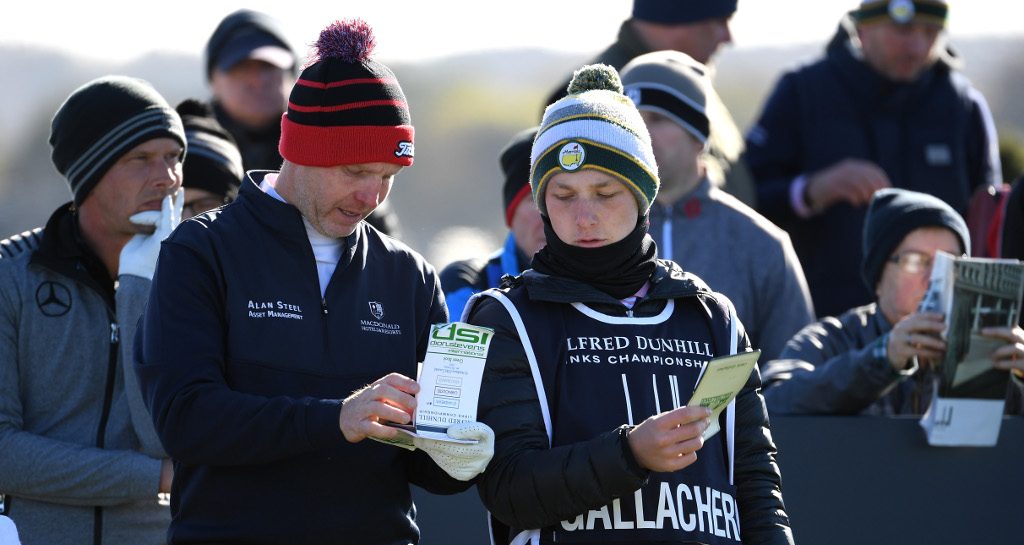 Stephen Gallacher has revealed how sharing a drink with Rory McIlroy left him feeling a lot more positive over the coming season.

The former Ryder Cup team-mates were both guests at Oliver Fisher’s wedding at Archerfield Links along with the likes of Thomas Bjorn and Shane Lowry, and apparently the conversation they had was so stimulating that it left Gallacher raring to go ahead of his 2019 debut at this week’s Abu Dhabi HSBC Championship.

Aside from the chat with Rors, Gallacher is also feeling better about his swing than he has in a long time, after flying to Florida last month to see one of the game’s leading coaches, Sean Foley.

He is now targeting nothing less than a handful of European Tour victories this season.

“I want to give it another three or four good goes,” said the 44-year-old veteran of 22 seasons on the European Tour.

“I had a good chat with Rory, Thomas Bjorn and Shane Lowry down at Archerfield for Oli Fisher’s wedding. It was good to catch up with all of them. Outwith tournaments, you don’t get time to let your hair down… and we certainly did that! It is always good to speak to these guys and that has definitely whetted my appetite for the new season.

“The closer it gets the more you want to get back playing. I thought about going down to South Africa last month, but I felt that my game needed some sharpening up. I’ve been down to see Mike Kanski, Phil Kenyon’s No 2, to do some work on my putting and I’ve also been out seeing Sean Foley.”

Gallacher’s form last season improved after he started retaining his teenage son Jack for caddying duties, and their partnership is set to continue in the new year.

“It was pleasing to make 13 out of 15 cuts last year with Jack on the bag,” he added. “He’s been good on the bag and he’s also re-energised me a bit. I’ve got a Trackman now after he asked, ‘why are you not using that?’

“I’m also now working with a stats company, 15th Club, the boys who worked with Thomas Bjorn for the Ryder Cup. I’m future-proofing. I’ve not really worked with a lot of technology in the past, but there’s no point not using something that’s there for you.

“I think that having a young fresh pair of eyes in Jack has helped in that respect. If I can even get one small thing out of these two things, I think it could make a huge difference. I definitely have the same old hunger. I wouldn’t be making the investments in my game that I have recently if I didn’t want to try to win again.

“I would also like to be the player who maybe played in more European Tour events than (record-holder) Sam Torrance. You never know. I just need to play five or six good seasons.”