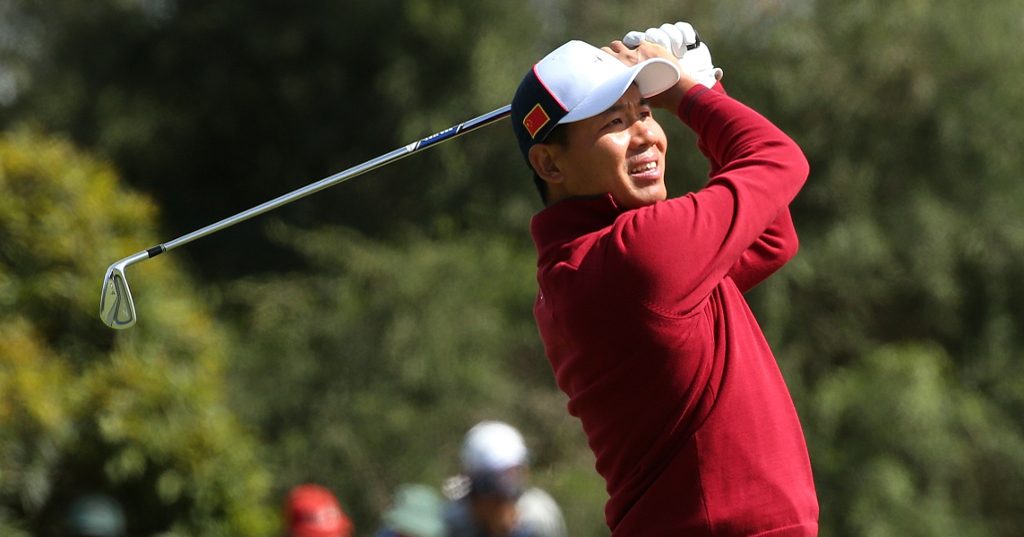 China’s Ashun Wu delighted the home crowd when he surged to the top of the Volvo China Open leaderboard courtesy of a seven-under-par 65 on Friday.

Wu holds a two-shot lead over Tapio Pulkkanen after the flying Finn added a second-round 68 to his opening 65 to finish the day at Genzon Golf Club in second place.

Hats off for Tapio! 🎩

Spain’s Jorge Campillo, who started the day tied for the lead, slipped three shots back of Wu after he returned with a 69, one shot ahead of Frenchman Benjamin Hebert, who had a 68.

Wu got his round going in the morning with an opening birdie on his back-nine 10. He headed towards the turn with another three birdies on 13, 15 and 17 and added another two more birdies on the first and third hole after the turn.

However, he was left to confront his nemesis on the par-four five again when he dropped another shot there for the second time.

Wu, who won the Volvo China Open in 2015 and has added two more victories since to become China’s most successful European Tour golfer, then stormed home by closing with another two birdies in his last three holes to sign for a two-day total of 13-under-par 131.

“It was a great day again today. I made eight birdies and one bogey. I hit a lot of quality shots today and made a lot of birdies. I’m very happy,” Wu said.

“I hit a bad tee shot on five and I got a headache again. Because I made a bogey there yesterday too! I don’t know what’s going on with number five.”

Wu struggled at the start of the 2019 season, securing just one top 40 finish in his first eight events, but looks to have turned things around.

“During the season break, I took some time off to evaluate my game. I made some swing changes and it got better and better,” he said.

“I enjoy playing at home. It’s a great week as I have my family and friends here with me. It’s a good feeling.”