Home favourite Siem through to semi-finals 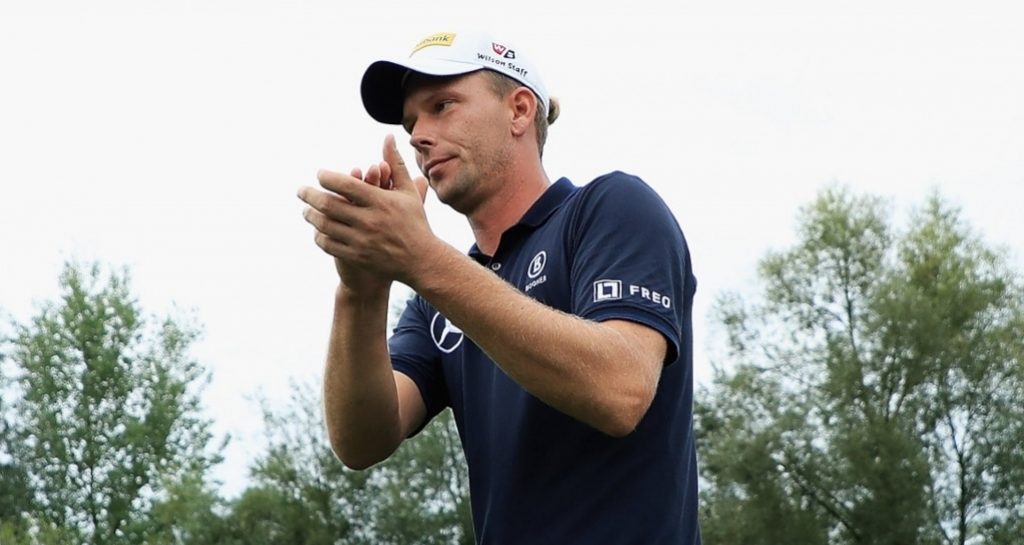 Germany's Marcel Siem won his last-16 and quarter-final matches at the Paul Lawrie Match Play on Saturday to advance to the last four.

After dispatching Belgium's Thomas Detry in the morning, Siem returned in the afternoon to claim a hard-fought victory over Robert Rock on the 19th hole.

It's not been the best of years for the German, who lies 124th in the Race to Dubai Rankings, but he's enjoying a stellar run at Golf Resort Bad Griesbach this week.

Siem was two down against Rock with three holes to play but made birdies on 15 and 16 to get back on level terms.

It finished all-square after 18 holes but another birdie at the 19th gave Siem the victory.

"That was by far the toughest match," said Siem. "I don't know how many birdies we made on the back nine together but it was quite a lot. I was down all day and it was very tiring because you have to fight and dig deep.

Awaiting Siem in the semi-finals is Sweden's Johan Carlsson, who dispatched Marcus Fraser 4&2 in the morning before narrowly edging defending champion Anthony Wall with a 1-up victory in the afternoon.

The semi-final line up is complete.

The second semi-final is an all-Spanish affair between Adrian Otaegui and Alejandro Canizares.

Otaegui came through matches against Ashley Chesters and Alexander Knappe, while Canizares eliminated both Paul Dunne and Chris Paisley, though only after both matches went to extra holes.

"This morning it took us 21 holes and this afternoon it took us 20 holes," said the Spaniard. "It's been a long day but it was a lot of fun. It was tough, both games were really tough, great battles. In the end it dropped my way.

"Playing Adrian will be something interesting. He's playing great. It's going to be a great match, two Spanish guys. It's a pity that we have to play in the semi final but it will be a lot of fun."