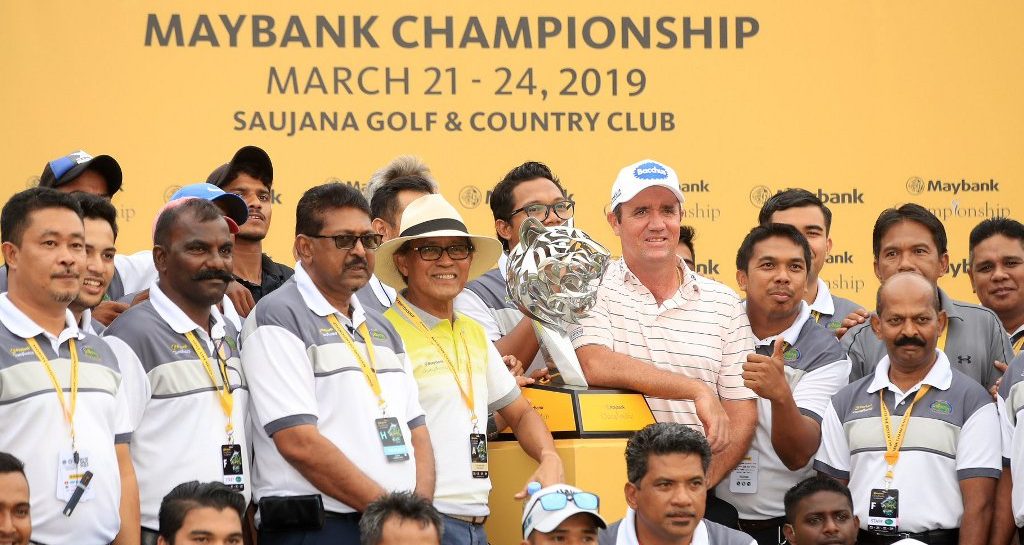 Scott Hend needed a playoff to win the Maybank Championship on what was a dramatic final day at Saujana Golf and Country Club.

The Australian went into Sunday’s final round trailing overnight leader Nacho Elvira by three shots, but stormed into the lead after picking up five shots on the front nine.

The 45-year-old then played out the back nine in level par as he signed for a score of 67, which was good enough to hand him the clubhouse lead on 15-under-par.

That looked like it was going to be enough to seal Hend the victory, with Elvira needing to birdie his final hole to force a playoff.

The Spaniard’s cause was not helped as, while playing his second shot at the 18th, a large clap of thunder put him off on his backswing, which left him with a 30-foot putt to keep his hopes alive.

Elvira also had to contend with a delay of one hour and 40 minutes before he could attempt that birdie putt, as the heavens opened in Kuala Lumpur.

Once play resumed the 32-year-old was, somehow, able to convert the birdie putt and that meant a playoff was required to separate the leading duo.

Luck certainly appeared to be on the side of Hend during the first playoff hole as his tee shot cannoned off the base of a tree and back into the fairway.

Hend also struck a tree with his second shot, but the ball fell to within three feet of the hole and he was able to convert the resulting birdie putt, which was enough to hand him his third victory on the European Tour and first since his success at the True Thailand Classic three years ago.