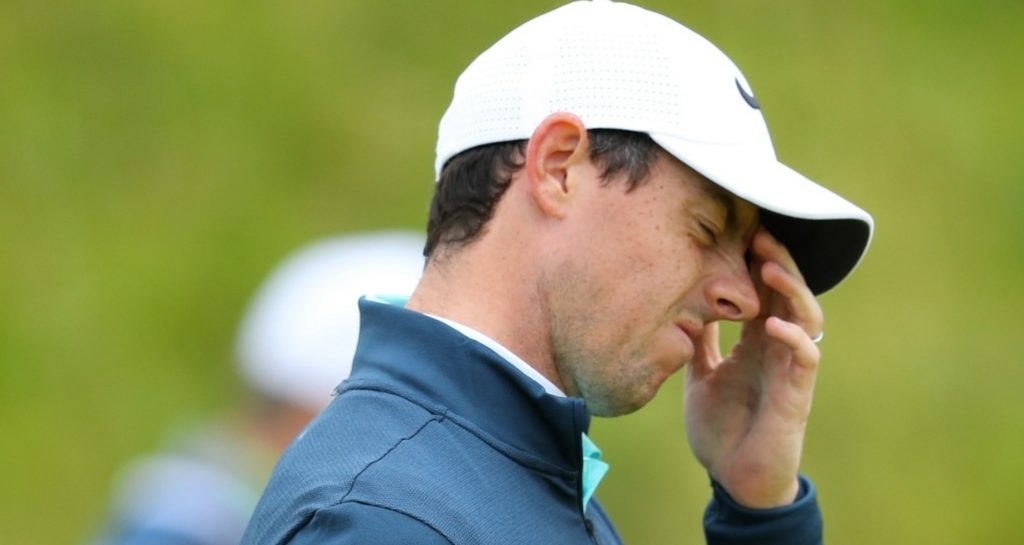 Benjamin Hebert and Daniel Im did superbly to hold onto a share of the lead at the Irish Open, but it was the end of the road for tournament host Rory McIlroy.

The duo emerged with a one-shot lead after Thursday’s opening round, and they finished the second round on Friday still one shot clear of the chasing pack after a pair of five-under-par 67s.

Hebert mixed seven birdies with two bogeys on another day for low scoring at Portstewart, while Im made six birdies and dropped just one shot to join the Frenchman on 13 under par.

Still very much a factor, however, is Spaniard Jon Rahm, who stayed one shot back after matching the leading duo’s 67.

Rahm’s eventful round featured an eagle, six birdies, three bogeys and seven pars as he stayed in the hunt for a maiden European Tour title.

Rahm is one shot clear of English duo Oliver Fisher and Matthew Southgate and New Zealander Ryan Fox, with American Paul Peterson a further shot back.

Japan’s World No 2 Hideki Matsuyama remains in the hunt on nine under, four back, after a second-round 68. Six birdies and a pair of bogeys kept the 25-year-old within touching distance of the leaders.

Justin Rose shot a two-under 70 to lie on seven under, six back. The Englishman still has an outside chance of victory, but will need to get moving.

The story of the day, however, was tournament host and home favourite Rory McIlroy missing the cut. The Northern Irishman had left himself with work to do after an opening 72, but a 73 wasn’t enough to keep him around for the weekend.

“I’m really disappointed. The last two times The Irish Open has been in Northern Ireland, not playing at the weekend, it’s obviously not where I want to be,” McIlroy said.

“It’s been a really frustrating year, and it just hasn’t really went the way I wanted it to. It’s been tough but I felt like I was playing well coming in here. I played a lot of links golf last week and I was shooting good scores. I was confident, but when I needed to play well and shoot the scores that I was shooting last week, it just wasn’t quite there.

“So it’s back to the drawing board and practice a bit and get ready for next week in Scotland. I haven’t played as much as I would have liked this year, but I feel like I’m starting on a run of doing that. Next week in Scotland, then The Open, and I’m going to play a lot of events over the summer.

“But I really need to get my game in order if I want to challenge in them. So bit of practice over the weekend and hopefully I can find something and go with it over the next few weeks.”