Tyrrell Hatton and Brooks Koepka in the mix in Scotland 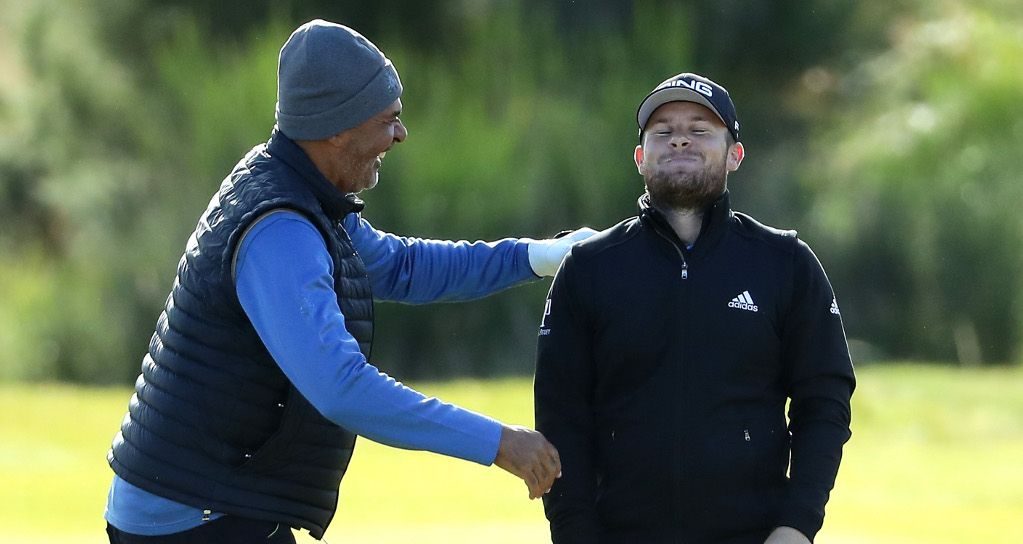 Ryder Cup stars Tyrrell Hatton and Brooks Koepka are right in the hunt after the opening day of the Alfred Dunhill Links Championship.

The tournament is played over three famous Scottish courses – Carnoustie, St. Andrews’ Old Course and Kingsbarns – with the players taking turns to play each course once before they all congregate at St. Andrews for Sunday’s final round.

The pros are also paired with friends, family and celebrities for the pro-am portion of the competition.

Australian Marcus Fraser and Englishman Matt Wallace set the pace on the opening day after both carding four-under-par 68. Fraser was playing at Carnoustie, while Wallace was at St. Andrews.

“Over the moon,” said Fraser, who was delighted to rediscover some form after managing just two top-20s this season. “I just sort of stuck it out most of the day and waited for the putts to drop and at the end I made a couple of good par saves. A nice long one at the end from about 30 feet.

“It’s brutal out there. Doesn’t really matter if it’s into the wind or downwind and then you get the cross-breeze off eight and nine. That’s as strong as I’ve played the golf course, I think.”

Lying just one shot further back, however, are Ryder Cup stars Koepka and Hatton, who both opened with solid two-under-par 70s to find themselves right in the hunt.

Hatton is chasing down a third straight Alfred Dunhill title this week.

“I feel like my game is in a good place,” he said. “I’ll be trying my best this week to make it three in a row. I’ll have to see what happens but I don’t feel too bad after Sunday’s celebrations.”

The Ryder Cup duo are part of a large seven-man group on two under, while another Ryder Cup star, Tommy Fleetwood, is a shot further back on one under.

The only other player in the field who was part of the excitement at Le Golf National last week is American Tony Finau, who opened with a one-over-par 73 to lie five shots off the lead.