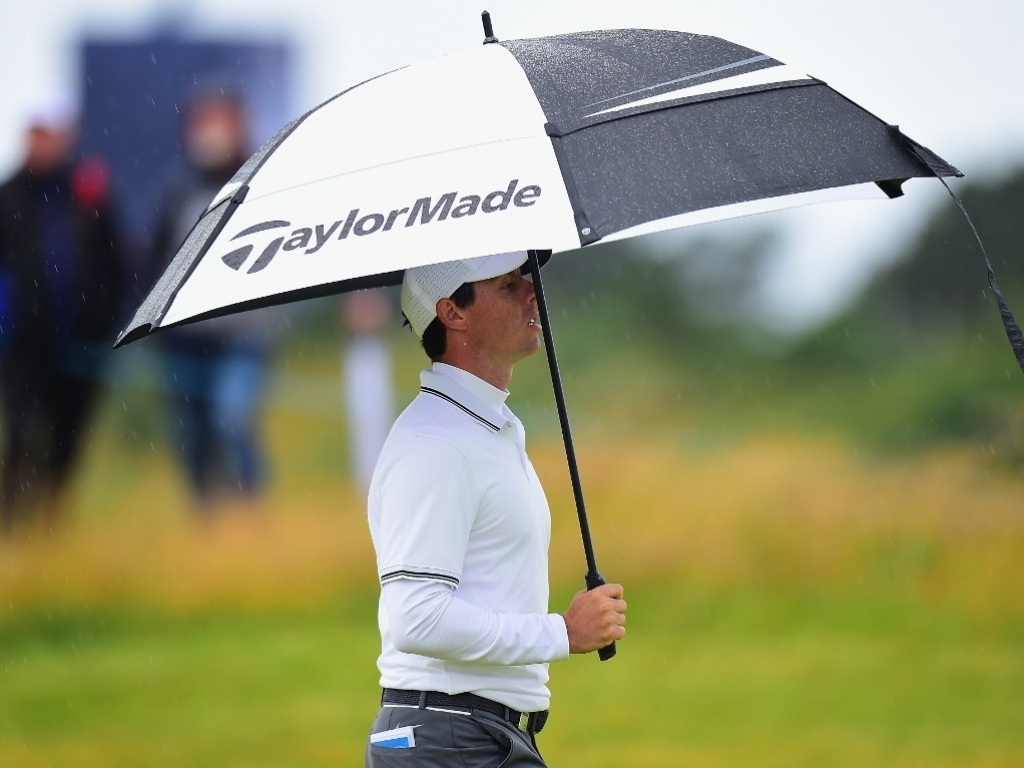 Irishman Padraig Harrington grabbed a share of the Scottish Open lead on Friday, but it was another missed cut for Rory McIlroy.

McIlroy, who also missed the cut while hosting last week’s Irish Open, shot a one-under-par 71 in the second round but it wasn’t enough to erase the damage done by an opening 74.

The Northern Irishman looked on course for much better after picking up three birdies in his opening seven holes, but a double-bogey six at the 13th after he needed two attempts to get out of a greenside bunker saw much of his good work undone.

It's just the fourth time since 2008 that Rory has missed consecutive cuts on the European Tour. pic.twitter.com/IrgvRuA3bN

McIlroy has tried to stay positive throughout his recent struggles, and did the same today, even if he must be worried by his lack of form.

“I’m frustrated but I thought I saw some good signs this week. My putting was definitely improved although my wedges were not quite there,” said McIlroy, who agreed to do media interviews on Friday after shutting out reporters the day before.

Meanwhile, at the top of the leaderboard, Harrington fired a bogey-free 68 to set the early target on nine under par before he was joined by German Alexander Knappe and England’s Callum Shinkwin – two rising European stars – later in the day.

Knappe followed up an opening 70 with a stunning 65, while Shinkwin shot rounds of 67 and 68 to join the three-way tie for the lead.

Lying just one shot back is England’s Ian Poulter, who shot a 69 to share fourth place with Andrew Dodt.

Two shots back in a tie for sixth are Gregory Havret, Nicolas Colsaerts and Rickie Fowler. The American continued to display his links golf talents, following an opening 67 with a 70 to stay in the hunt.