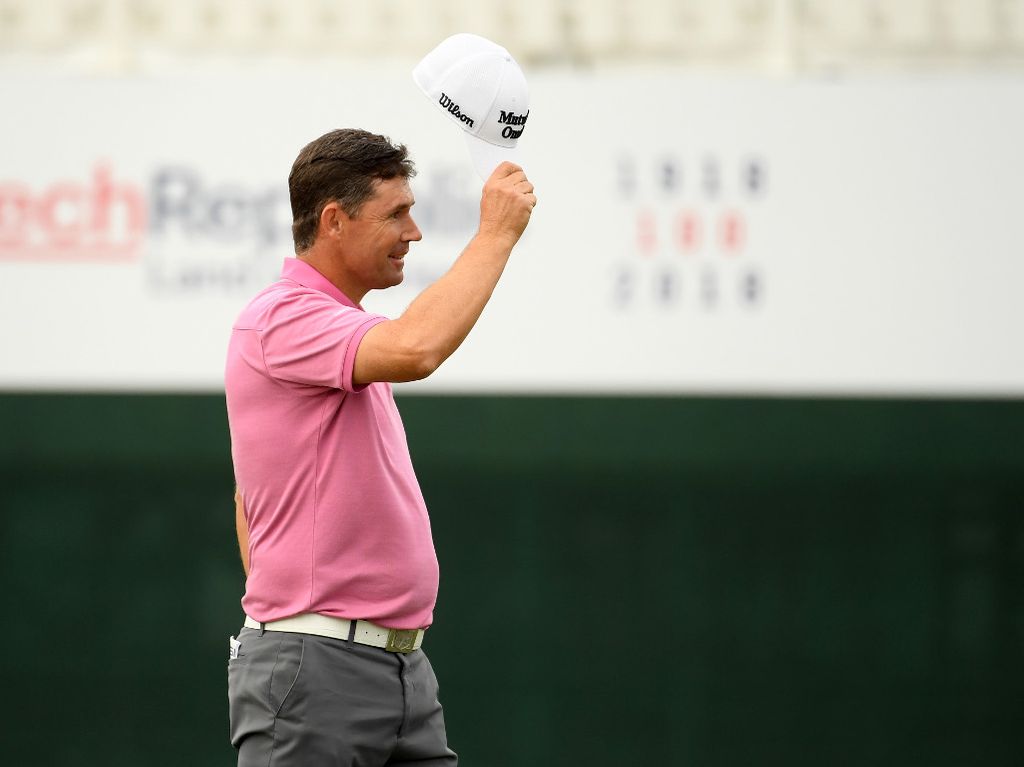 Padraig Harrington and Andrea Pavan are three clear of the rest of the field as the Czech Masters heads into the final round on Sunday.

The duo are locked on 17 under after three rounds at the Albatross Golf Resort, three ahead of Malaysian star Gavin Green who is in solo third.

Harrington – hunting down his first win since 2016, and a decent punt with Sunbet – made the turn at four under after four birdies. Meanwhile, a relentless Pavan was dropping birdies from everywhere and after his sixth gain on the tenth from 25 foot, the Italian lead by two.

But Harrington reached the green on the par five 12th in two, tapped in for birdie and backed in up with a stunning iron shot and an eight foot putt to draw level with Pavan.

Despite carding just one bogey all weekend, Harrington feels his seven under 65 was a day too soon.

“I feel like it was a day too early,” the Ryder Cup vice-captain told europeantour.com.

“You’ve got to go out there expecting a roller coaster, you’d love it not to be but that’s what you’ve got to prepare yourself for – that you’ll make some mistakes mentally, you’ll get good and bad breaks, you’ll hole some putts and you’ll miss some. It’s too much to dream of a nice perfect day so we’ll prepare ourselves for a bit of everything.”

Further down the leaderboard, Scott Jamieson is still in the hunt on 13 under after his 68, while Thomas Pieters is in tied with Lee Slattery on 12 under.