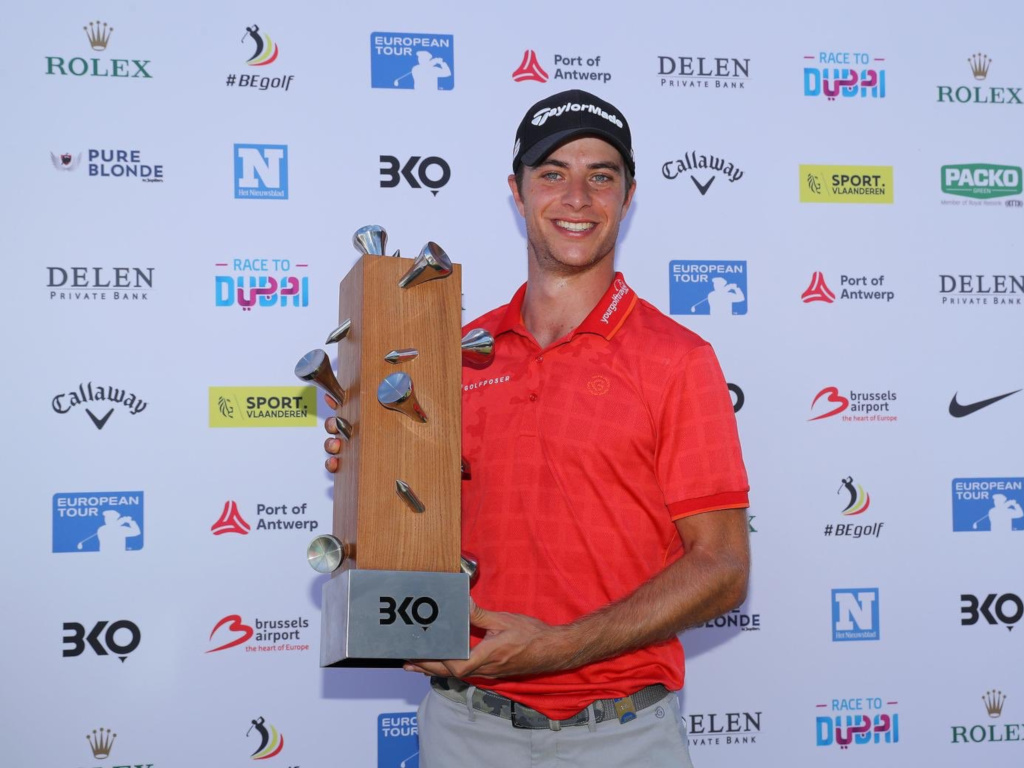 Guido Migliozzi claimed his second European Tour win of the season with a four shot victory over Darius van Driel in the final of the Belgian Knockout on Sunday.

The Italian laid down a marker on day four with a win over Bernd Wiesberger in his quarter-final and then defeated Scotland’s Ewen Ferguson in the last four.

Van Driel beat Matthew Southgate and Grégory Havret en route to the final but the Dutchman could not match Migliozzi’s three under par total.

The victory moves Migliozzi to 21st on the Race to Dubai rankings.

“It’s been great playing like this with such great players.

“I’m playing solid and I will try to continue this quality in the future.”