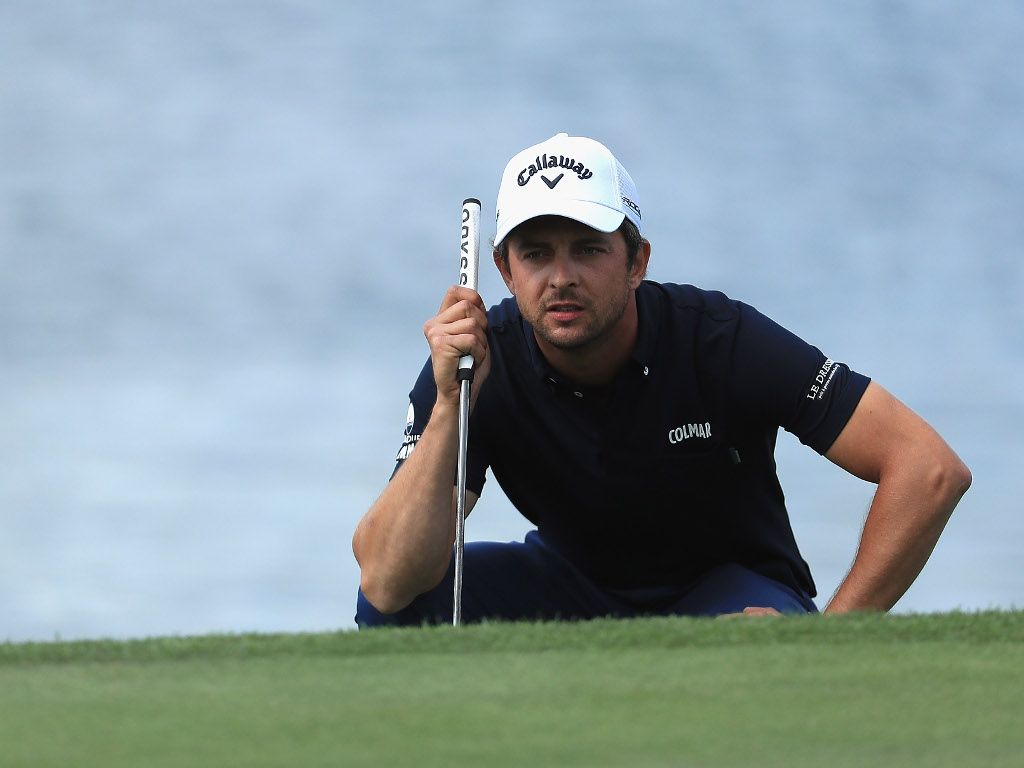 Sebastien Gros has a one stroke lead after a gusty opening round of the BMW International Open on Thursday.

The Frenchman signed for a four under 68 around the Golf Club Gut Laerchenhof in Pulheim, enough to edge Scott Jamieson, Jorge Campillo, Aaron Rai and Henric Sturehed for the lead.

Gros enjoyed a fast start and flawless front nine, making four birdies to rise up the leaderboard. The conditions made the going tough on the back nine and while Gros drained a six foot putt for birdie on the 15th, he gave the shot straight back on the next hole.

Nonetheless, the world number 693, who has one top ten finish from 11 events in 2018, was happy with his effort.

“Today was very special because the conditions were quite brutal,” the 28-year-old told europeantour.com.

“There was a lot of wind, sometimes a three-club wind, so it’s a good start. It’s just Thursday so no need to start thinking about anything, it’s just a good round, and we’ll try to take enough confidence out of this round to keep going for the rest of the week.

“If we got 72 holes with this wind, it could be our US Open just after the US Open. You have to keep the ball in play and you have to be good on the greens, especially with the wind. The putter has been working today, I just hope it will keep me smiling all week.”

A host of players are in T6 on two under, including England’s David Howell and Nico Geyger of Chile.