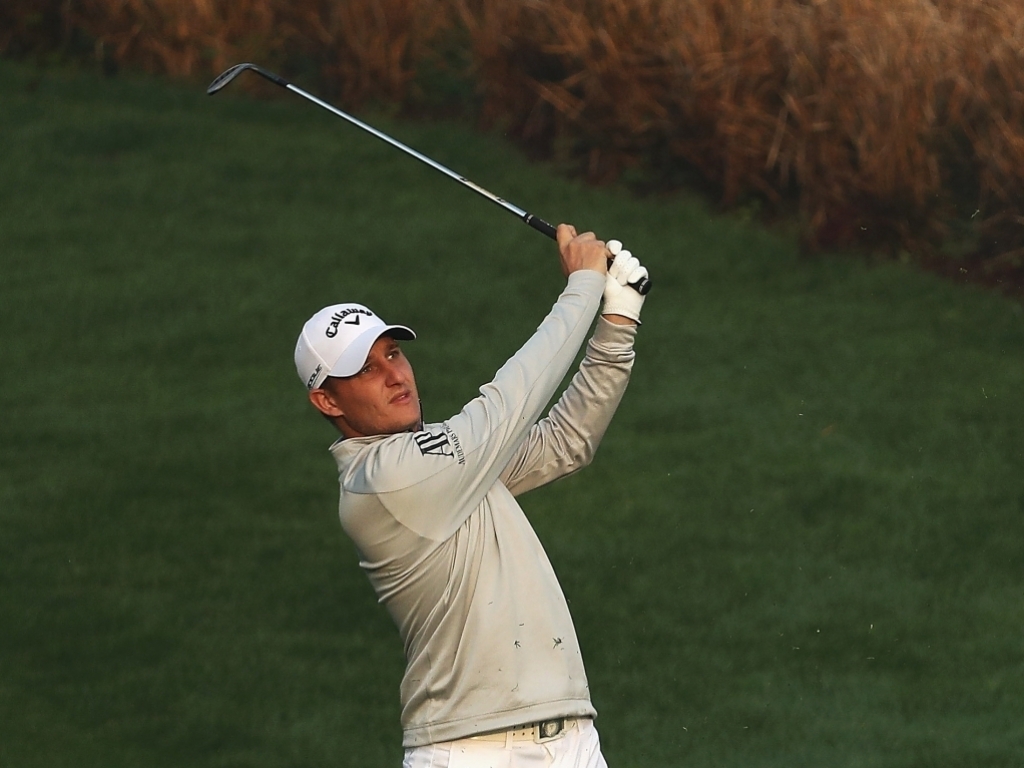 The Argentine carded a second round four under 68 at DLF Golf and Country Club in New Delhi, enough to move him to 11 under for the tournament, four ahead of rising Indian star Sharma.

It was a fast start for Grillo, with birdies in two of his opening three holes. When he rolled in another on the 18th, he was four clear with nine to play.

Solid iron shots lead to more opportunities, including a 20 foot birdie putt on the second as Grillo stretched further ahead. When he arrived on the ninth, he was seven clear of the field but a bogey five set Grillo back.

"Honestly, I wasn’t expecting it," said the 25-year-old of holding a four shot lead with 36 holes to play.

"When I practised on Tuesday and played the pro-am on Wednesday, I was telling myself that I’ll be in a good position if I can just shoot under par every day.

"Hopefully, I can keep my form going. I’ve done well over the past two days and I can’t ask for more. Today, I hit some bad putts, but I think I’ll be fine."

Meanwhile, Sharma, who recently made the headlines or receiving an invite to the Masters, shot a sizzling eight under 64 to surge up the leaderboard to solo second. The Indian had just one bogey an a card littered with birdies, setting the course record in the process.

The man in form Shubhankar Sharma shoots a monumental 8 under par 64!#HIO2018 pic.twitter.com/iOT2Ys7N7b

Further down the field, the ever-popular Andrew Johnston is T3 with Spaniard Pablo Larrazabal on six under, while a host of players are six back on five under.