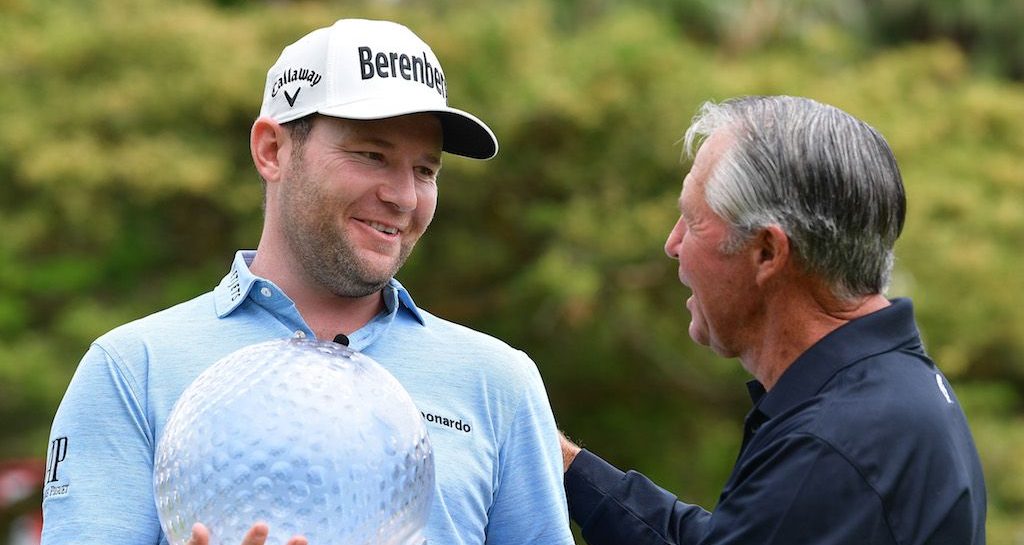 Winning the Nedbank Golf Challenge once is seemingly not enough for Branden Grace – the South African has revealed that he has every intention of defending his title this year.

South Africa’s Grace won at the Gary Player Country Club in 2017 in nail-biting fashion as he edged Scotland’s Scott Jamieson by a single stroke to lift the trophy he had always dreamed of lifting as a young boy.

While the 30-year-old described that triumph as a dream come true, he now wants to win it again.

“I can’t believe it’s 12 months already, time flies,” Grace said on Tuesday as he started his preparations for the week ahead.

“It was great. Obviously it’s one of those moments in your career you’ll never forget, almost a life-changing moment, winning South Africa’s biggest event – I would like to say.

“Winning a tournament you grew up watching and you see some legendary names on the trophy as well, it’s great.

“It’s great being back.

“I’m super excited to be back here obviously. This is a tough week defending. It’s never easy, but I’ve done it before, so hopefully we can do it again.

“The thing about this place is you have to keep it in the fairways. The greens are pretty small, as well.

“So if you can give yourself chances in the fairways getting to the greens, then you’re going to do pretty well out here.”

The eight-time European Tour champion knows what it takes to complete a successful title defence having done so at the Commercial Bank Qatar Masters in 2016.