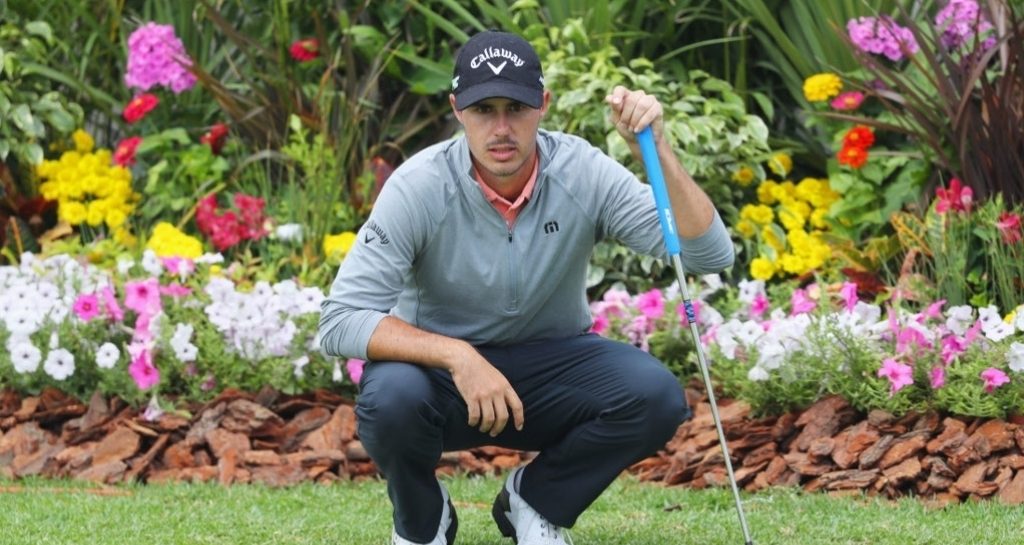 Tournament favourite Branden Grace and rookie Chase Koepka share the lead after the opening day of the SA Open.

South African Grace thrilled the local fans at Glendower Golf Club with a superb seven-under-par 65 that saw him finish the day top of the leaderboard – though he wasn't only the player to achieve the mark.

Joining him is American Chase Koepka, who has followed in his major-winning brother Brooks' footsteps by deciding to launch his golfing career in Europe.

Like his brother, Koepka earned his European Tour card via the feeder Challenge Tour, and it hasn't taken him long to make an impression.

The 24-year-old hit one eagle, seven birdies and two bogeys to set the target earlier in the day, although he was joined by home favourite Grace later on.

An opening round 65 from @ChaseKoepka gives the American an early lead in South Africa.

"It was great," said European Tour rookie Koepka. "I think I played flawless, except for the second shot on the first hole. I hit a poor shot there and saved it with a 12-footer for a bogey. I made eagle on the second hole and kind of kept it going from there.

"Inside 150 yards, I was really good today. I didn't have too many shot from inside 150, but every one that I had, I was hitting them close. The putter was really hot on the front nine and then I had a bunch of short putts on the back nine which helped a little bit.

The leading duo are one stroke ahead of Englishman Chris Paisley, and a further shot clear of Bradley Neil, Erik van Rooyen, Richard Sterne and Elvira Nacho.