GolfSixes goes down to the wire as Thailand emerge victorious 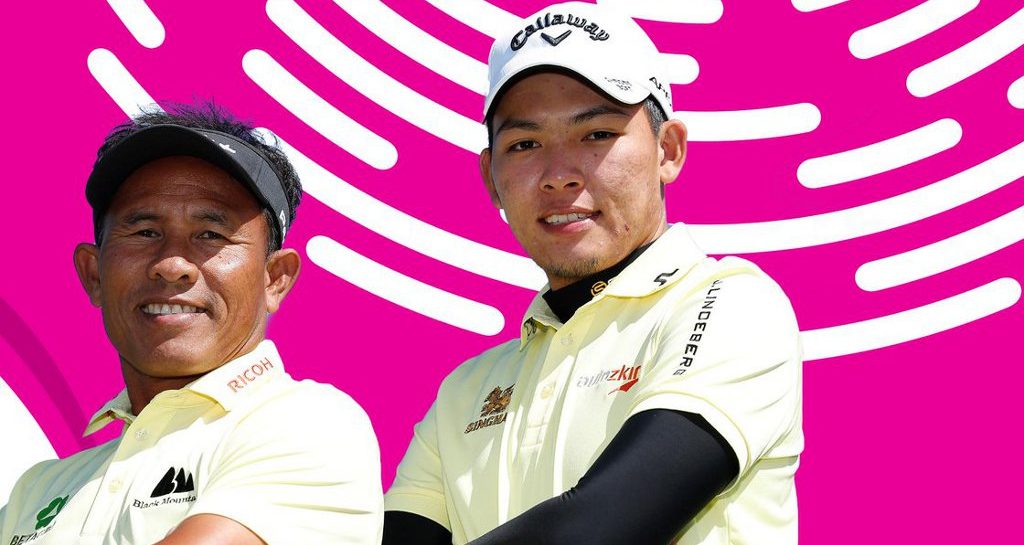 Thailand captured the GolfSixes Cascais title after winning a nearest-the-pin play-off against England in Saturday’s final.

The innovative European Tour event returned for its second and final day in Portugal, as the eight remaining teams were whittled down to one.

Back were a host of innovations aimed at appealing to a younger demographic and broadening the European Tour’s appeal, from teeing off over a swimming pool surrounded by VIPs, fans and a DJ to a 30-second shot clock on the fourth hole and players being allowed to wear shorts and use measuring devices for the first time.

Back as well was the six-hole modified greensomes format, as the day started with four quarter-final clashes.

The England team of Tom Lewis & Paul Waring advanced to the semi-finals with a 2-1 win over Sweden, and then secured a 3-0 victory over Italy to reach the final.

As for Thailand duo Thongchai Jaidee and Phachara Khongwatmai, they proved too strong for the Scots in their quarter-final match-up, winning 3-1, and then had enough to secure a 1-0 semi-final victory over a dangerous Spain side, who were the only team to win all three of their round robin matches on Friday.

That meant it was England and Thailand who would battle it out for the title, but they could not be separated after six holes, with both teams having managed to pick up a single point.

Lewis had a shortish putt on the final green to win the whole thing, but it went whizzing past.

To win the #GolfSixes… pic.twitter.com/uw2vf7iTqg

The rules called for a nearest-the-pin play-off to decide the contest, and it was 20-year-old Phachara – 29 years his team-mate’s junior – who produced an accurate tee shot at the par-3 sixth and got a favourable bounce to finish just a few feet from the hole and secure the victory for his team.

And with a swimming pool nearby, there was nothing like celebrating your win with a quick dip.