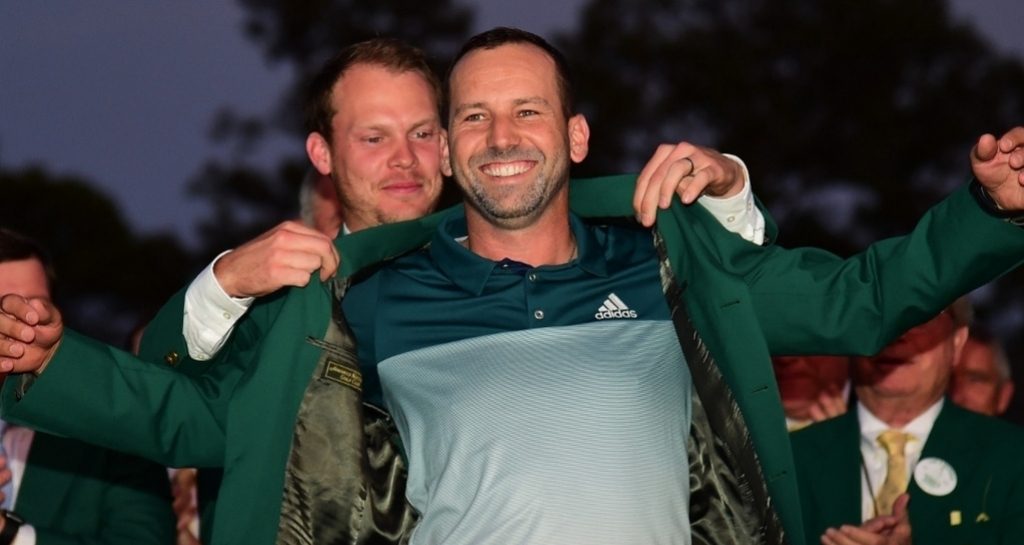 Sergio Garcia has been being named Hilton European Tour Golfer of the Year for the first time in his career.

The Spaniard received the honour in recognition of his three victories during the season, one of which was his outstanding win at the Masters in April – his first at a major championship.

Garcia claimed the green jacket after edging out Ryder Cup team-mate Justin Rose in a thrilling final-round duel at Augusta, clinching victory with a birdie at the first play-off hole.

Fittingly, the win came on the day his idol and countryman, Seve Ballesteros, would have celebrated his 60th birthday.

What a year Sergio… pic.twitter.com/WDlmWgcQyj

Prior to his Masters triumph, Garcia beat a star-studded field at the Omega Dubai Desert Classic in early February, while he also captured the Andalucia Valderrama Masters in his native Spain in October.

The 37-year-old also enjoyed a memorable year in his personal life, marrying his fiancee Angela Akins in July. The couple announced they were expecting their first child not long after.

“This is an amazing honour,” said Garcia, who beat the likes of Race to Dubai winner Tommy Fleetwood, Justin Rose, Tyrrell Hatton and Rookie of the Year Jon Rahm in a poll of members of the golf media.

“I think both on and off the golf course it has been a unique and unbelievable year, and one that I will definitely remember my whole life.

"It's been the best year of my career" 💬 pic.twitter.com/hdKNjJ6LL7

“I am so happy to receive this award, and to be named the Hilton European Tour Golfer of the Year, against the calibre of players that were in contention is incredible. Tommy, Justin, Tyrrell and Jon are all amazing players, and all had unbelievable years themselves.

“With the five of us filling the top five places in the Race to Dubai, it shows the real strength of the European Tour, and European players in particular, and hopefully we will keep that going for next September in Paris.”