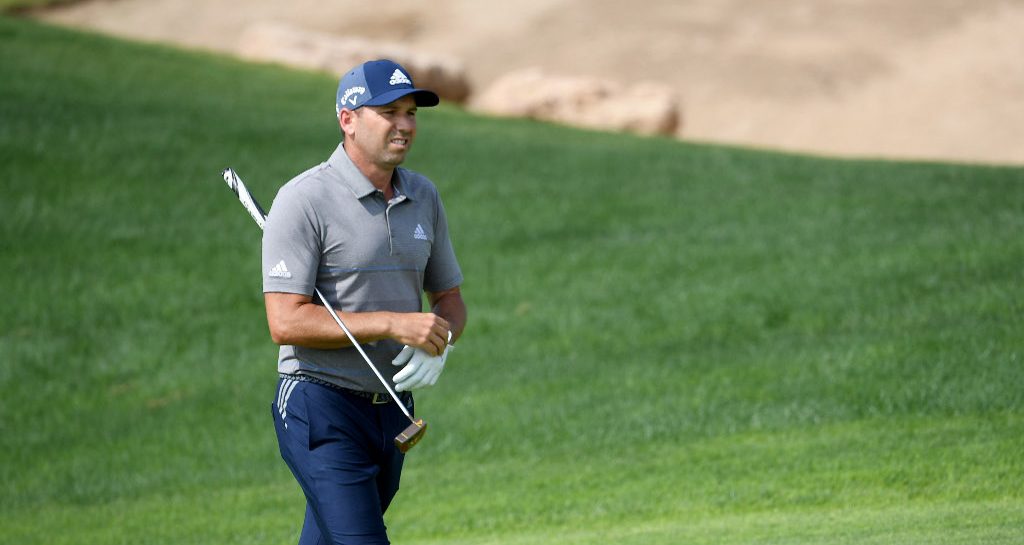 Sergio Garcia’s disqualification from the Saudi International for intentionally damaging several greens looks set to be the end of the matter, the European Tour has revealed.

Garcia made history for all the wrong reasons on Saturday as he became the first player to be disqualified for “serious misconduct” during a tournament since the inception of the European Tour in 1972.

The former Masters champion is understood to have caused scuff marks and divots to as many as five of the putting surfaces at the Royal Greens Golf and Country Club during his third round.

Garcia’s actions prompted complaints from the players in the groups behind him, who were noticing the ongoing damage.

The Spaniard immediately confessed to having “damaging a couple of greens” and issued an apology to the Tour and his fellow professionals.

“I respect the decision of my disqualification. In frustration, I damaged a couple of greens, which I apologise for, and I have informed my fellow players it will never happen again,” he said in a statement.

Just been out to sixth green @RoyalGreens_KSA and this was the only sign of damage on an otherwise pristine green. This probably did look quite nasty immediately after Sergio Garcia apparently left this divot mark yesterday @ScotsmanSport @edinburghsport pic.twitter.com/1aYFHCwIWx

Garcia was expected to face further sanctions from the European Tour’s disciplinary committee over the incident, but the Tour’s chief executive, Keith Pelley, has been quoted as saying he now considers the matter closed.

“The incident is over,” Pelley told The Scotsman. “We have dealt with it. Sergio has apologised to the players and we move on.”

Garcia’s playing partner on the, Renato Paratore, was asked about what he had seen on the day and said: “I was not complaining. It was a bad day for him and I saw only one hole when he was doing something wrong. I don’t remember what it was. I was focused on what I was doing. But it is okay.

“I know him really well and he’s a very good guy off the course. It can happen to everyone.”

Meanwhile, English veteran Robert Rock revealed that Garcia had come over to apologise to him in person.

“It was scuff marks and also a mark that appeared to have been made by what looked to have been a putter,” Rock said. “Scuff marks really show up on these grainy greens. Even if you drag the sole of your shoe without meaning to, it pulls up the grass.

“The greens are good with no bald patches and scuff marks certainly show up. Like everyone else, I did not know who it was. I wasn’t sure if it was one person or more people. I have spoken to Sergio about it. He faced up to it and we are fine. Everyone makes a mistake at some point.”

Tournament director David Williams said he had been alerted to the problem midway through Garcia’s round, and went over to the Spaniard to warn him that he was risking disqualification.

“I went out after the referees had spoken to me,” he said. “I got to Garcia around the 12th and 13th and there had been no more damage after nine holes. I told him this was a disqualifiable offence. He was in his game zone, but he listened. We exchanged a few pleasantries and then he nodded and carried on walking.

“It was obviously not a good situation to be in. He was obviously very frustrated and it is something very unusual to happen. Some of the marks were similar to what we sometimes see out in South Africa when a buck has run across a green. Over here it could have been a camel.

“The players in the groups immediately behind didn’t know what was going on. They wanted to know what was happening to the greens. To be honest, they were pretty shocked. As news started to spread, Keith Pelley got involved and, after holding a meeting with senior referee, Andy McFee, he spoke to Sergio after the round. There were no other players involved.”