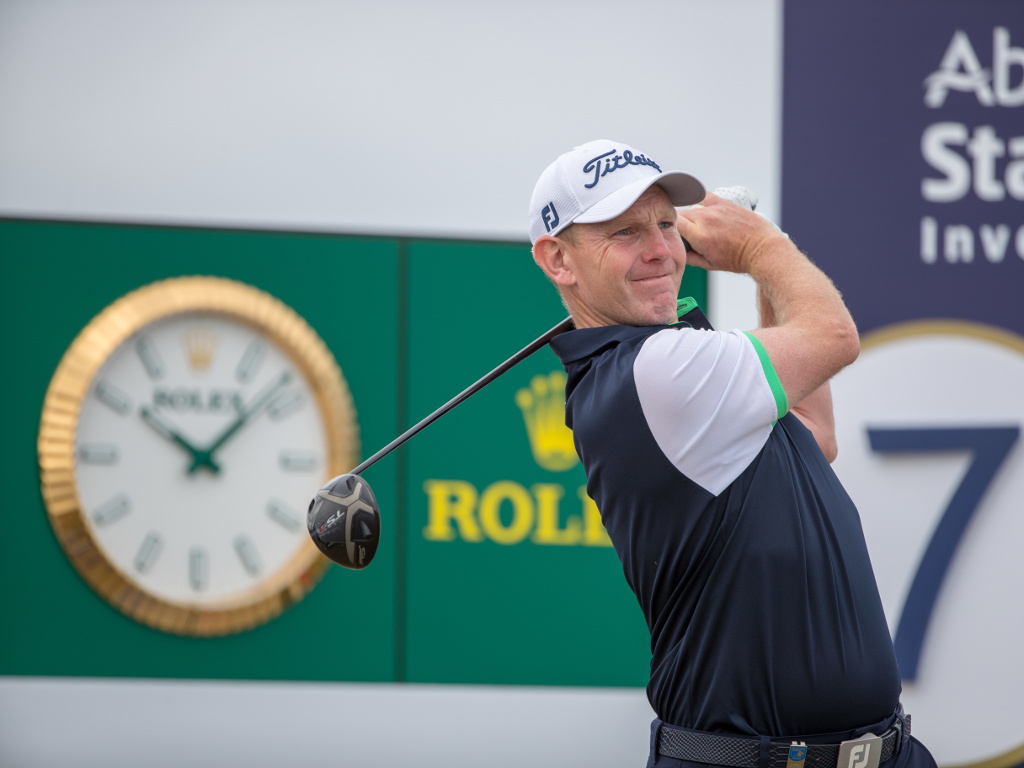 Scotland’s Stephen Gallacher birdied three of his last four holes to produce a stunning comeback and win his first European Tour title in five years at the Hero Indian Open in New Delhi.

The 44-year-old Gallacher had shared the first round lead but a second round 74 saw him slip back and his chances looked doomed when he made a quadruple bogey eight on the seventh hole on Sunday.

A closing 71 though moved him to nine under and gave him a one shot win over Japan’s Masahiro Kawamura, with Spaniard Jorge Campillo a further shot back.

American Julian Suri had led by three after 12 holes in teh final round faded badly after a quadruple bogey on the 14th to slip back, and he finished alongside South African Christiaan Bezuidenhout at six under.

Gallacher said afterwards: “When you’re 44 you’re in the sort of twilight so it’s a big win for me. It was good to finish it out the way I did it, three under for the last four is a great way to finish.

“I was pretty calm after that hole (the seventh), there’s nothing really much you can do. To see that I was only five back gave me a wee bit of encouragement.

“I thought, ‘just hang in there’. When I birdied 15 I saw that Julian Suri had come back and then when I got to the 16th green I was tied for the lead. I just tried to finish as strong as I could and I did that. Thankfully it was enough.”

Overnight leader Suri made a slow start with bogeys on the third, sixth and seventh but he got on the green at the eighth in two and played a lovely chip off the bank at the driveable ninth to lead by two at the turn.

Kawamura birdied the fourth but bogeys on the first, fifth and sixth meant he turned in 38 before a beautiful up and down from the sand on the 11th brought a birdie.

A bogey on the next from the 25-year-old handed Suri a three shot lead and it should have been four when the leader drove the par four 13th but a three putt stalled his momentum.

Bezuidenhout made six birdies and two bogeys in a 68 that handed him a third top ten in four events and he finished three shots off the lead, one ahead of fellow South Africans George Coetzee and Erik van Rooyen, Spaniard Nacho Elvira and England’s Callum Shinkwin.

Finn Kalle Samooja made the third hole-in-one of the week with a pitching wedge from 139 yards on the 12th for the eighth ace of the season.