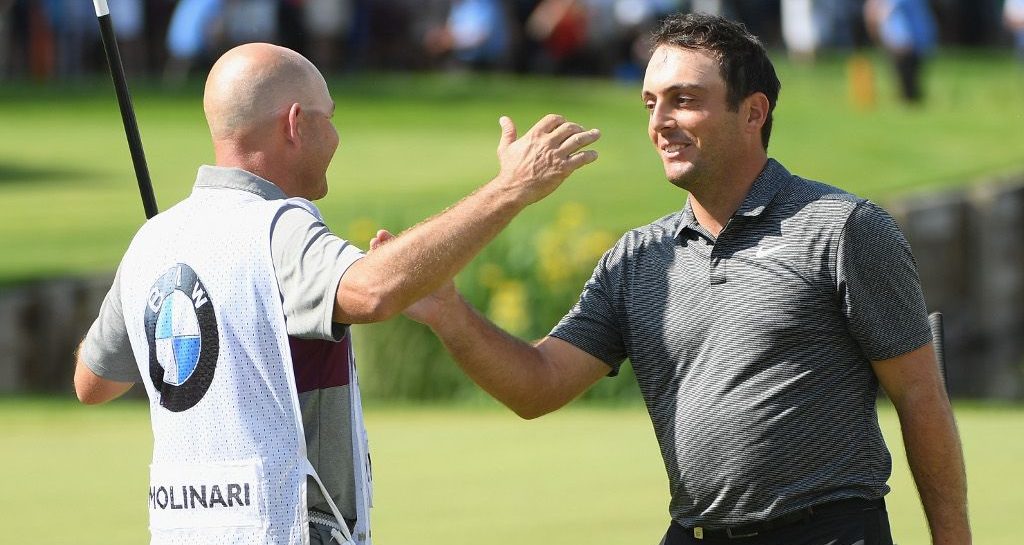 There was little surprise when Francesco Molinari was named European Tour Golfer of the Year on Monday.

The Italian was honoured after an incredible year that saw him win The Open, the PGA Championship and the Race to Dubai.

As if that wasn’t enough, the 36-year-old also played a starring role in Europe’s Ryder Cup victory at Le Golf National, becoming the first European player in history to win all five of his matches.

Speaking about the award, he told Sky Sports News: “It’s incredible. I’m very proud to receive the Player of the Year award.

“Like a lot of things, I probably never dreamed of this at the beginning of the year, knowing what kind of players there are now on the European Tour. So I’m very, very proud. It’s a reflection of how good the year’s been and I’ll try to do it again next year.”

While awards are always welcome, Molinari admits it’s the level of golf he was able to produce in 2018 that really gets him excited.

“I’m very proud of the trophies but even more of the level of golf I’ve played throughout the summer,” he said.

“The start of the year was good but not as good obviously as what was to come. From the win at Wentworth it seemed to click and I think I got to a level of performance that I had never reached before.

“I know how hard I worked to get there so I know it won’t be easy to get there again but that has to be the goal going forward.”

“But I think what makes him very special is his off-course activities and he’s spent so much money and so much time giving to charities.

“His charity Borne, which helps scientific research prevent premature babies from being born is something which really showcases what Francesco really is and that he is a very, very good golfer who is a special person off the course.”