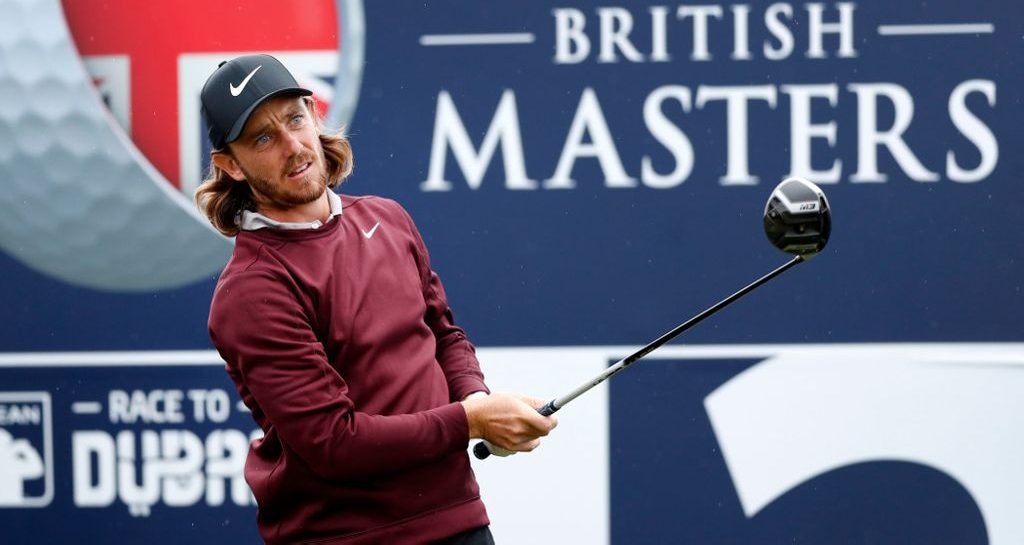 Tommy Fleetwood is part of an English trio at the top of the leaderboard after day one at the British Masters.

The Ryder Cup hero, who has been reunited with partner in crime Francesco Molinari for the opening two rounds at Walton Heath, fired a five-under-par 67 to join countrymen Eddie Pepperell and Matthew Wallace in taking a one-shot lead ahead of the chasing pack.

While Molinari had to settle for an opening 74, Fleetwood was solid around a relatively benign course, making the turn in three under. After a gain on the par five 11th, a superb iron to five feet lead to a share of the lead on the 16th.

Fleetwood dropped a shot on the 17th after his ball ended up in a greenside buggy, but gained it right back on the last.

🎥 The best of Tommy Fleetwood's first round 67 🎥#BritishMasters 🇬🇧 pic.twitter.com/wvnXKzxbk4

“Today was a great round of golf,” the world number 11 told europeantour.com.

“From a ball-striking perspective I hit it great. I hit the fairways but, especially with a lot of cross-winds going on, it’s not easy to hit the fairways. I holed out very well, did a lot of good things.”

Meanwhile, Pepperell produced the highlight of the day when he drained his first hole-in-one on the European Tour.

“It was obviously bizarre,” he said.

“From where I was standing it looked like it pitched in the hole, jumped up, looked like it was going long because of the height it came out, and then from there just went in. Very nice.”

The Englishman holed out on the par three ninth, kickstarting a superb run. Pepperell backed it up with birdie on the tenth then an eagle on the par five eleventh. A couple bogeys set him back but he joined the top of the leaderboard after draining a birdie on the last.

Further down the leaderboard, a total of five players – including Alexander Levy and David Lipsky – are one shot back on four under. Eleven players follow on three under.