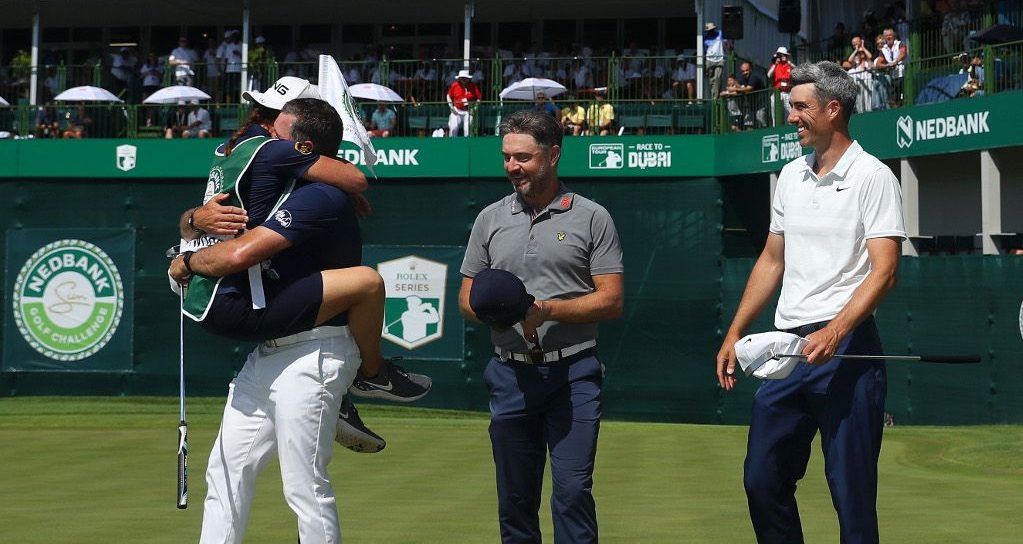 Lee Westwood produced a spectacular final-round 64 to claim a three-shot victory at the star-studded Nedbank Golf Challenge in South Africa – his first win in over four and a half years.

The 45-year-old Englishman’s last professional victory came at the Malaysian Open in April 2014, and despite a great effort at the Made in Denmark a couple of months ago where he lost to Matt Wallace in a four-way play-off, he hasn’t stepped back into the winner’s circle since.

But that all changed at the Gary Player Country Club in Sun City on Sunday, as the former World No 1 produced some sublime golf to leave his rivals trailing in his wake.

Sergio Garcia had led the tournament for the first three rounds, but he failed to really get it going on Sunday, leaving Westwood to battle it out for the title with local favourite Louis Oosthuizen for most of the final round.

In the end, it was Westwood’s greater consistency that enabled him to see off Oosthuizen, who would pay dearly for a few costly mistakes on the back nine.

Westwood’s round started superbly with an eagle at the par-5 second, and another birdie at the eighth saw him make the turn in three under.

But it was on the back nine that he really caught fire thanks in large part to a red-hot putter. A birdie at the 11th was followed by four more birdies in the space of five holes starting from the 13th as he grabbed the tournament by the scruff of the neck and rocketed into top spot.

He now leads by two. pic.twitter.com/btrTA69Z4d

Westwood would ultimately sign for a bogey-free 64 that featured an eagle and six birdies, and his 15-under-par total proved good enough for a comprehensive three-stroke win.

Ever wonder how much winning means to these guys?

I’m a little bit emotional to be honest,” said a tearful Westwood after receiving a big hug from his partner and caddie Helen Storey. “You never know if you’re going to be able to do it again.”

Oosthuizen made plenty of birdies of his own on the back nine – four in his first six holes to be exact – but he also dropped two shots during the same six-hole span, which wasn’t good enough to keep up with Westwood.

The South African would ultimately shoot 69 and finish third after a disappointing double-bogey at the 18th, which lifted Garcia up to second after his final-round 70.