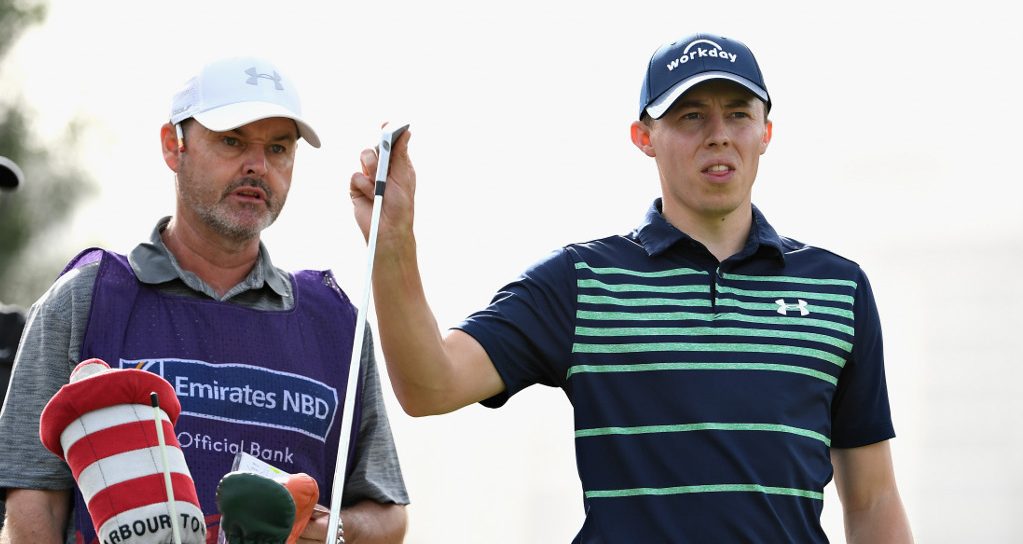 Bryson DeChambeau and Sergio Garcia are part of a large group trailing first-round leader Matthew Fitzpatrick by one shot at the Dubai Desert Classic.

It looked for all money as if the first-round lead would be shared by a host of players who all opened with rounds of six-under-par 66 – before late starter Fitzpatrick managed to carve out the sole advantage by going one better.

The Englishman was only three under par for his round when he reached the 15th tee, but four straight closing birdies saw him rocket up the leaderboard and into the sole lead on seven under par.

The last (and only) time @MattFitz94 has opened with a round of 65 or better (2015 #BritishMasters)…. pic.twitter.com/XPhdyLBaJf

“It was obviously a great finish to the round,” Fitzpatrick said. “A couple of things that I’ve been doing in the off-season sort of looked to have paid off a little bit.

“I just added a bit of extra length to my driver, so it’s given me a few yards to help get on in two on the last because I’ve never been able to do that. And then, just wedging it a lot better has given me a few more chances coming in.

“So it’s nice to be able to get off to a good start and three more rounds like that would be nice.”

DeChambeau and Garcia both made six birdies in bogey-free rounds to leave themselves right in the hunt.

Garcia was pleased with how his performance improved throughout the day.

“I got better as the round went on,” he said.

“I started hitting the ball very nicely on the back nine, for sure. I hit some good shots on the front, don’t get me wrong, but I played really, really well on the back nine.

“Just a couple of putts here and there would have been nice to make, but overall, I think it was a nice opening round.”

Just saw these amazing photos from @Cannonball63. Pleased with today’s opening round @OMEGAGolfDubai. Round 2 starts at 12:20 tomorrow with @b_dechambeau and @TommyFleetwood1. pic.twitter.com/GJZKROXtR7

DeChambeau could hardly complain about his score but also felt it could have been even better.

“I didn’t feel like I was hitting it anywhere near my best,” he said.

“I was able to recover in a couple of situations, made a couple of long putts and then got up and down on six, which was huge.

“I even missed a couple of putts. I just felt like it was a scrappy round, but I got it out and shot 66 today, so I’m happy.”

Bryson does things his own way! pic.twitter.com/7NyaP1zfdg

Another large group follows a shot behind the logjam in second place, including English trio Lee Westwood, Ian Poulter and Paul Waring, China’s Li Haotong and Hideto Tanihara of Japan.

Tommy Fleetwood was among those on four under alongside Ernie Els and Stephen Gallacher.

Last week’s winner in Abu Dhabi, Shane Lowry, opened with a three-under 69 to lie four back.