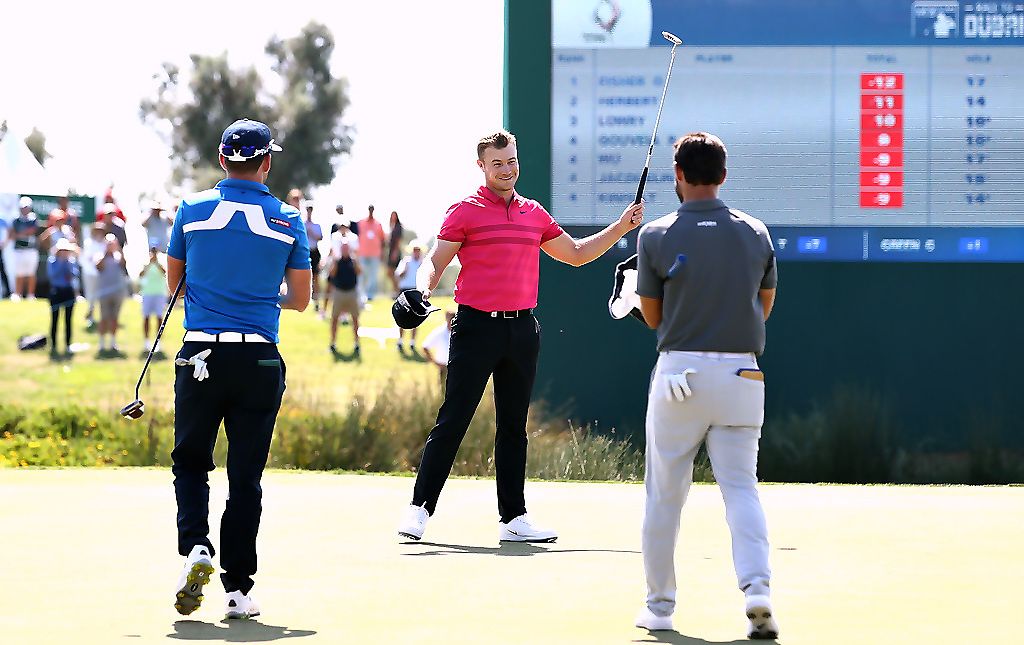 Englishman Oliver Fisher fired the first 59 in European Tour history for a share of the lead with countryman Eddie Pepperell and Australian Lucas Herbert at the Portugal Masters on Friday.

After 46 years, the 30-year-old Fisher became the first person to breach the 60 barrier on the European Tour at Dom Pedro Victoria Golf Course, making ten birdies and an eagle in his 12-under-par round of 59 to go with his opening round 71.

On the final hole, Fisher came close to bettering his score when he grazed the edge on the last when putting for a 58.

Fisher’s second round consisted of birdies on the opening three holes, an eagle on the fifth, and more birdies on the sixth, eighth, tenth, 11th, 12th, 15th, 17th and then a routine par on the last to make history.

Herbert fired a 67 with Pepperell nailing a 66 for a share of the 12 under lead.

After his record round, Fisher said it was an amazing feeling to be Mr 59.

“It’s a great feeling,” he said. “It feels great to make history here in Portugal. It’s a great tournament and it’s great for the European Tour and obviously myself to shoot 59.

“I was chuffed with the day. When I went out I was at level par and trying to make the cut and then shooting that, it was just a great day all round. It was fun, I tried to enjoy it and thankfully I got over the line.”

A shot off the lead at 11 under was Englishman Matt Wallace after a 67, one clear of China’s Li Haotong, Italian Renato Paratore and Frenchman Adrien Saddier.