Fisher and Pieters lead McIlroy by one 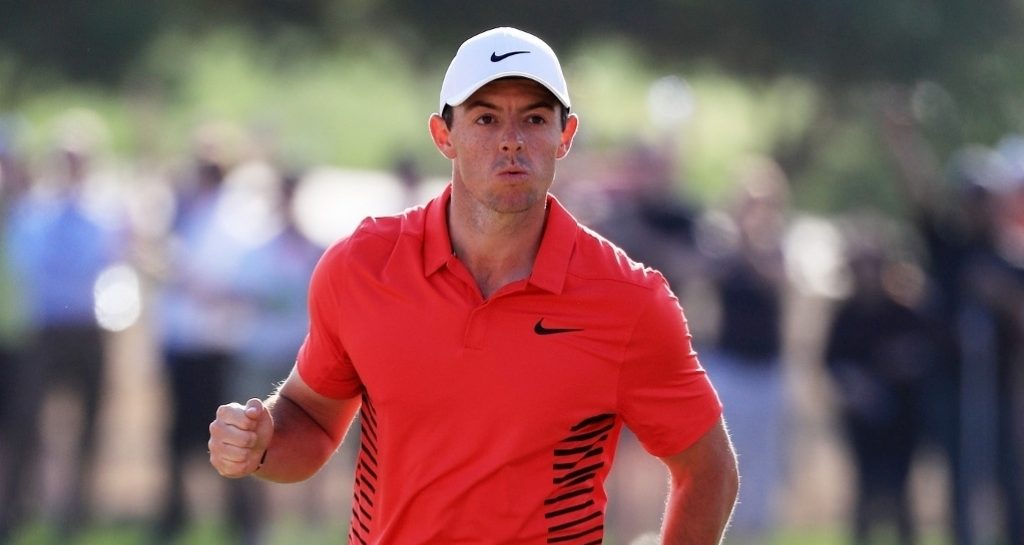 Ross Fisher and Thomas Pieters will take a one-shot lead into the final round of the Abu Dhabi HSBC Championship – but they're unlikely to have things their own way.

The EurAsia Cup team-mates made the most of the perfect scoring conditions on offer at Abu Dhabi Golf Club on Saturday, Fisher shooting a superb seven-under-par 65 to vault into top spot, while overnight leader Pieters made sure he hung on to a share of the lead with a 67.

Lying just one shot behind them, however, is a resurgent, fit-again Rory McIlroy, thanks to a 65 of his own to go with opening rounds of 69 and 66.

Still bogey-free, McIlroy moves within one of the lead. pic.twitter.com/5JFolnGVUz

The Northern Irishman could hardly have asked for a better start to his year and for a better bounce-back in his comeback tournament from injury.

Asked what his plan for Sunday was, McIlroy said: “Just go out and try and shoot the best score I possibly can. I felt really comfortable, really relaxed out there.

Sunday's final round will be far from a three-horse race, however. Trailing McIlroy by one are a couple of talented young Englishmen – Race to Dubai champion Tommy Fleetwood and Matthew Fitzpatrick, who also find themselves right in the hunt.

Fleetwood stayed solid with a 67 while Fitzpatrick shot up the leaderboard with a scintillating 63.

Two more Englishman – Chris Paisley and Andrew Johnston – are a further shot back alongside Thomas Detry.

World No 1 Dustin Johnson is five back after a 68 and still has an outside chance of victory, provided he does something incredibly special and those at the top capitulate.

Fisher and Pieters, who have played together for all three rounds and are together again for the fourth, will be hoping that's not the case.

Pieters and Ross Fisher finish at 17 under par.

They'll make up the final group for Sunday. pic.twitter.com/HI0tfiVBOJ

“It was another good day,” said Fisher. “Obviously great fun getting out with Thomas, third day in a row, a lot of fun, a lot of banter. Just trying to hang on, felt like I played solid.

“Fingers crossed, we'll be paired again tomorrow, because it's been three fun, exciting days with Thomas and Adam on the bag. So we'll go out there tomorrow and hopefully have some more fun.”