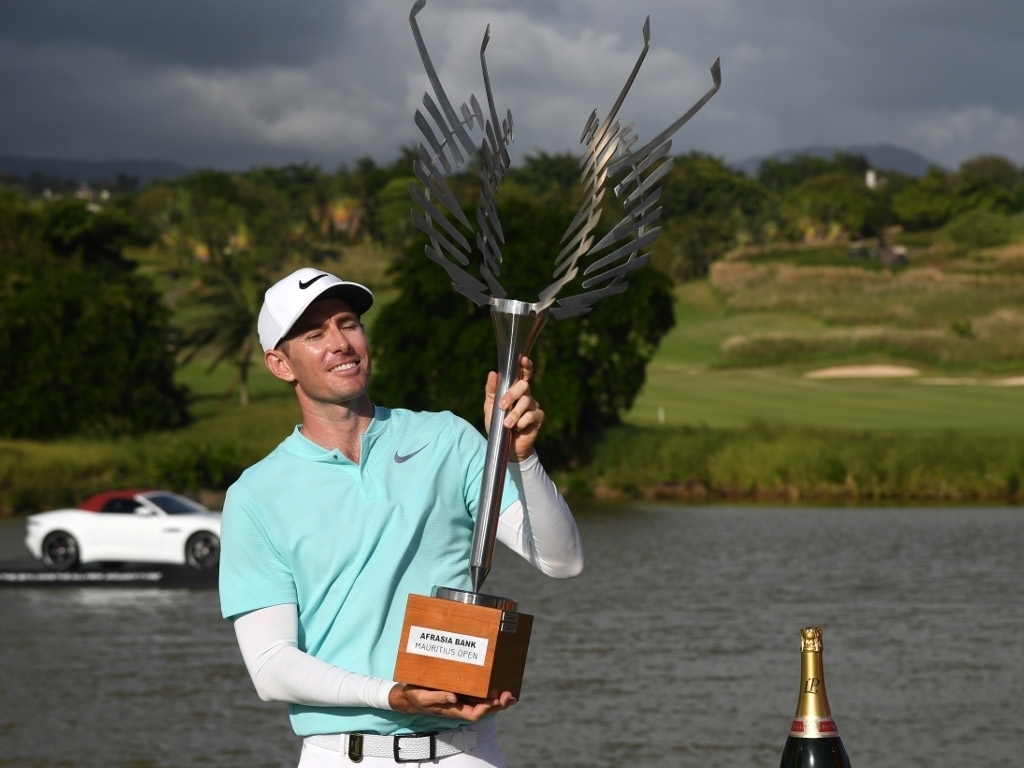 Dylan Frittelli won on the first extra hole of a playoff to claim the AfrAsia Bank Mauritius Open on Sunday.

The South African closed with a 67 in gusty conditions around Heritage Golf Club, which took him to 16 under for the tournament. Earlier, Arjun Atwal had an eagle putt lip out on the last and Frittelli’s par was enough to force a playoff.

Coming back down the 18th, Frittelli – who was named the European Tour’s Graduate of the Year just last month – put himself in prime position for a birdie.

After Atwal missed his attempt, Frittelli stepped up and rolled in his five footer for his fourth professional win.

After the victory, the 27-year-old was quick to sing Atwal’s praises.

"I played with him yesterday and it was one of the most fun rounds I've had in recent times.

"It's been a pretty good year for me. I've set some pretty lofty goals and achieved most of them so I can't wait for 2018 – set more goals and go and chase them again."

Further down the leaderboard, France’s Romain Langasque finished solo third in 16 under followed by another South African Louis de Jader on 13 under in fourth.