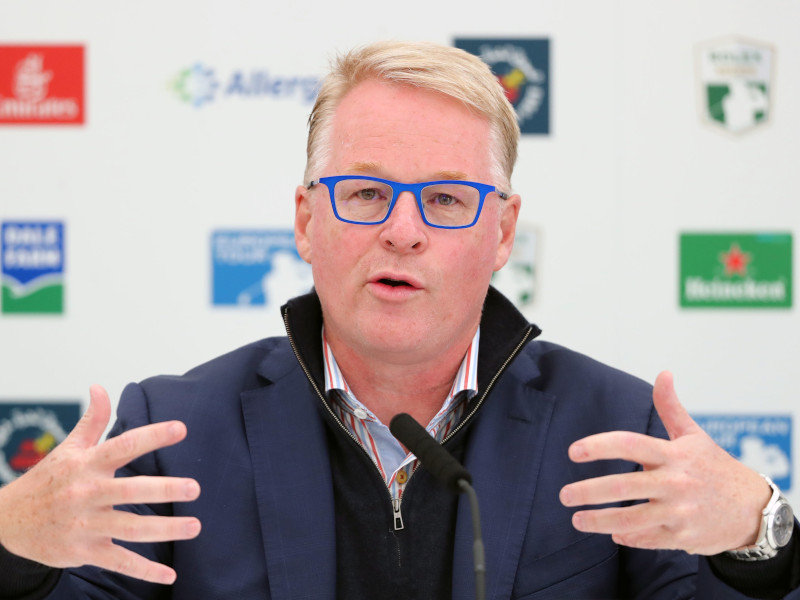 Chief executive Keith Pelley has hailed the “momentous” deal which will see the European Tour renamed on the eve of celebrating its 50th anniversary.

The European Tour will be known as the DP World Tour from the start of the 2022 season and boasts total prize money of more than 200million US dollars (GBP 147million) for the first time.

The lucrative Rolex Series expands from four tournaments to five with the addition of the Slync.io Dubai Desert Classic, while the season-ending DP World Tour Championship features a prize fund of 10m US dollars (GBP 7.35m) – the first regular European Tour event with an eight-figure purse.

All tournaments solely sanctioned by the DP World Tour will have a minimum prize fund of 2m US dollars (GBP 1.47m). In the current season, 21 tournaments had a prize fund below that figure.

The European Tour will officially celebrate its 50th anniversary next year, although the wraparound 2022 season – which features 47 events in 27 different countries – gets under way in South Africa later this month.

“Today’s announcement is undoubtedly a momentous one in the proud history of our Tour,” Pelley said.

“The launch of the DP World Tour in 2022 will herald a new era in global golf and crucially it will benefit everybody involved – all our players, caddies, fans and partners – as well as making an important contribution to wider society.

“The entire ecosystem of our Tour will be strengthened because of this hugely significant deal.”

Speaking about the name change, Pelley said he always felt that European Tour was “in many ways a misnomer,” highlighting that 23 of next season’s 47 tournaments would be in Europe, with 24 in the rest of the world.

“We will always remember our heritage and those who have gone before us and helped us shape our tour,” Pelley added.

“But we also rejoice in our global footprint and are now incredibly fortunate to not only be fully aligned with a company who shares our global vision, but also one which allows to share their world identity.

“The European Tour name is not disappearing. The European Tour Group will exist as our overarching corporate identity. What we are doing is announcing that our main tour title will change and become the DP World Tour.

“The Challenge Tour, Legends Tour and Ryder Cup Europe will all still fall under the European Tour Group.”

Pelley declined to reveal how much money the deal with DP World is worth, or whether he thought it was enough to prevent players being enticed to join potential rival tours, with former world number one Greg Norman fronting a series of Saudi-backed tournaments on the Asian Tour.

However, he did praise the “terrific loyalty” of European Tour players and stressed the increasing opportunities available thanks to the strategic alliance signed with the PGA Tour last year.

Three events in 2022 will be co-sanctioned by the two organisations and PGA Tour commissioner Jay Monahan said: “Our two tours are stronger than at any time in our respective histories and, in part through our strategic alliance, we’re both positioned to grow faster in the next 10 years than we have at any point in our existence.”

Video messages of support from world number one Jon Rahm, Rory McIlroy, Ian Poulter and Open champion Collin Morikawa were played during a press conference in Dubai to announce the new arrangement.

Morikawa currently leads the Race to Dubai standings and the world number two could become the first American to win the money list title at next week’s DP World Tour Championship.